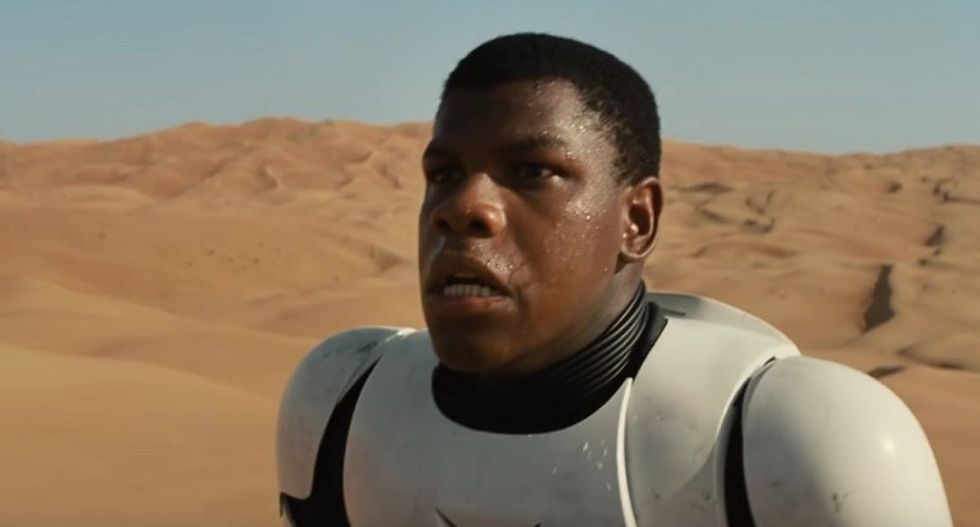 Being a racist, sexist, science fiction-obsessed Twitter melter-downer may not sound like an appealing combination. But why would that stop anyone?

Apparently a group of people are planning to boycott the upcoming Star Wars VII movie because its cast is fronted by a woman and a black man, according to the Mary Sue. The fact the cast isn't as white and male-dominated as the previous iterations of the space adventure series has some escalating things rather quickly, claiming it points to white genocide.

The tweet above refers to Black Lives Matter activist DeRay McKesson and the injustice racist geeks feel about what they believe to be a "social justice warrior" (SJW) version of Star Wars.

Mary Sue writer Jessica Lachenal points out that people of color are hardly new to the franchise. Boba Fett and the Storm Troopers were apparently played by Maori actors, and of course major characters Lando Calrissian and Mace Windu were played African-American actors. James Earl Jones had perhaps the most recognizable role of all as the voice of Darth Vader.

"There’s some kind of sick, beautiful irony in the fact that those boycotters completely missed the point of all of these films," Lachenal writes. "They somehow don’t see that they’re the Empire, they’re the evil people; a clone army stamping out those that are different from them, enslaving alien populations, promoting 'order' and homogeny through totalitarian control and fear."

Here are some examples of the worst #BoycottStarWarsVII tweets -- and the most hilarious mockeries in response.