WATCH: Black man stopped by 'Bama cop for 30 minutes because he 'didn't like the way he was walking' 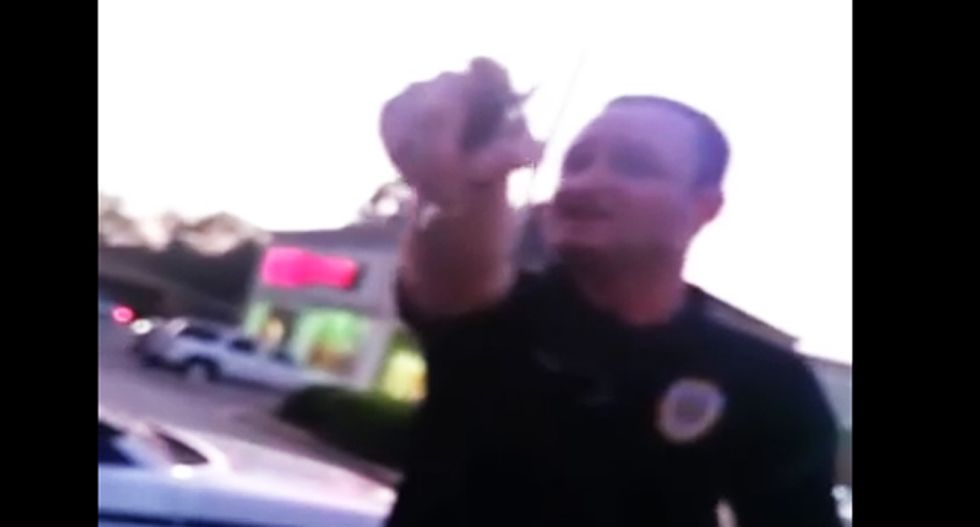 A black man walking home from work was stopped and then frisked by an Alabama police officer after the cop told him he "didn't like the way he was walking."

According to Deonte Lynn, he walking from his job at a Subway store in Pleasant Grove, to a nearby shopping center to return a Redbox movie when the police officer stopped him twice by the road.

In YouTube comments, Lynn explained, "I wasn't walking on the wrong side of the street I was walking normal across a red light intersection. he was sitting at red light and once it turned green he came and pulled up on me and told me to get across the road. I said ok n kept it moving, then like 1 min later he pulls up on me again but this time gets out his car. so yea pretty much no reason he just really wanted to mess with me. I guess he was bored."

In the video, Lynn can be heard asking repeatedly why he was stopped.

“I’m going to give you just a little bit before you go to jail,” the cop tells him.

“You stopped and told me, ‘don’t walk like that’ and I said, ‘ok,'” Lyn said while arguing his case.

“No, I said, get on across the road,” the cop responds. “You’re about come to a standstill."

“When you told me that, I was already at the gas station,” Lynn replies.

According to the officer, Lynn was walking in the road at which point Lynn notes that there are no sidewalks, asking again why he was stopped.

“I can come out and talk to you anytime I want to,” the officer replies.

“You’re not telling me why you f*cking stopped me,” Lynn says.

“I don’t care. At this point, I’ll tell you why you’re going to jail,” the cop answers.

At that point the officer tells him to place his hands against the police cruiser so he can check him for weapons.

According to Lynn, the officer released him after 30 minutes.

Watch the video below, uploaded to YouTube by Deonte Lynn: