'Wealth therapy': The top one percent turn to counseling because it's hard being a rich person 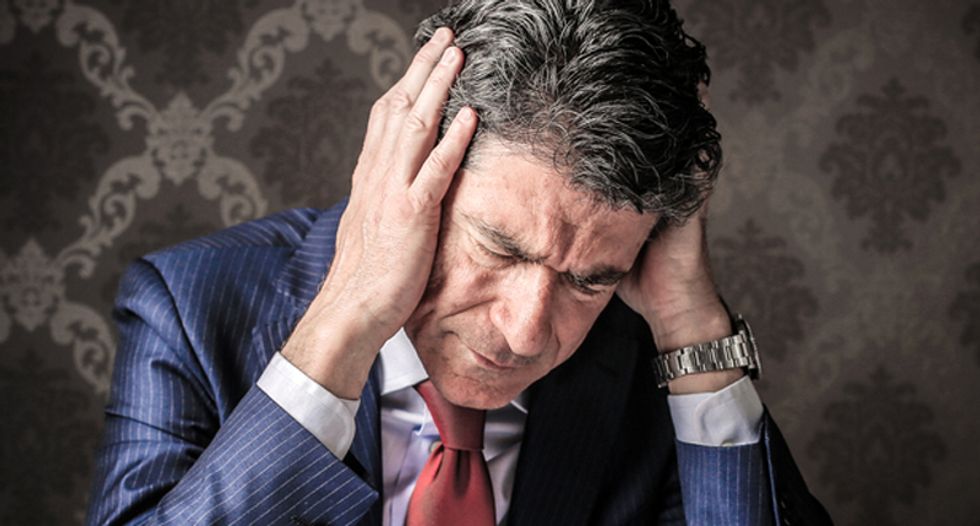 It’s a rainy Wednesday morning and Clay Cockrell is sitting in his office at Columbus Circle across the street from 1 Central Park West, which houses Trump International Hotel and Tower. In front of the tower is Central Park, where Cockrell holds his popular walk and talk therapy sessions .

Dressed in comfortable pants and a flannel shirt, Cockrell, a former Wall Street worker turned therapist, spends large parts of his days walking through Central Park or the Battery Park in downtown Manhattan near Wall Street, as a confidant and counsellor to some of the New York’s wealthiest.

“I shifted toward it naturally,” he said of his becoming an expert in wealth therapy. “We are trained to have empathy, no judgment and so many of the uber wealthy – the 1% of the 1% – they feel that their problems are really not problems. But they are. A lot of therapists do not give enough weight to their issues.”

And as they stroll through Manhattan, what issues are America’s 1% struggling with? There is guilt over being rich in the first place, he said. There is the feeling that they have to hide the fact that they are rich. And then there is the isolation – being in the 1%, it turns out, can be lonely. It seems F Scott Fitzgerald was right, the very rich “are different from you and me”. Especially in 2015.

From the Bible to the Lannisters of Game of Thrones, it’s easy to argue that the rich have always been vilified, scorned and envied. But their counsellors argue things have only gotten worse since the financial crisis and the debate over income inequality that has been spurred on by movements like Occupy Wall Street and the Fight for $15 fair wage campaign.

“The Occupy Wall Street movement was a good one and had some important things to say about income inequality, but it singled out the 1% and painted them globally as something negative. It’s an -ism,” said Jamie Traeger-Muney, a wealth psychologist and founder of the Wealth Legacy Group. “I am not necessarily comparing it to what people of color have to go through, but ... it really is making value judgment about a particular group of people as a whole.”

The media, she said, is partly to blame for making the rich “feel like they need to hide or feel ashamed”.

‘It’s easy to scapegoat the rich’

Traeger-Muney, who moved to Israel six years ago, runs a global firm and specializes in working with inheritors, who often get a bad reputation in the press.

“You can come up with lot of words and sayings about inheritors, not one of them is positive: spoiled brat, born with a silver spoon in their mouth, trust fund babies, all these things,” she said, adding that it’s “easy to scapegoat the rich”.

“Sometimes I am shocked by things that people say. If you substitute in the word Jewish or black, you would never say something like that. You’d never say – spoiled rotten or you would never refer to another group of people in the way that it seems perfectly normal to refer to wealth holders.”

In recent years, members of the 1% have been singled out by protesters seeking to highlight the growing disparity between rich and poor. In October of 2014, for example, a number of workers staged a protest outside Walmart heiress Alice Walton’s $26m 6,346 sq ft New York condo . The protest, designed to highlight workers’ low wages and part-time schedules, resulted in 26 arrests.

These types of protests can be very stressful for the rich. “It’s really isolating to have a lot of money. It can be scary – people’s reaction to you,” said Barbara Nusbaum, an expert in money psychology.

As a result, Cockrell points out, the rich tend to hang out with other rich Americans, not out of snobbery, but in order to be around those who understand them and their problems.

‘The rich have become more and more isolated’

In US, over the last three decades, the wealth owned by the top 0.1% households increased from 7% to 22% even as the wealth of the bottom 90% of households declined.

Since the 2008 financial crisis, the income gap has expanded and the situation “has gotten worse for the wealthy”, Cockrell said. The main reason? Not knowing if your friends are friends with you or your money.

“Someone else who is also a billionaire – they don’t want anything from you! Never being able to trust your friendships with people of different means, I think that is difficult,” said Cockrell. “As the gap has widened, they [the rich] have become more and more isolated.”

These are real fears faced by the richest of the rich. In 2007, the Gates Foundation teamed up with Boston College’s Center on Wealth and Philanthropy to document what it felt like to be in America’s 1% . For the next four years, researchers surveyed 165 of America’s richest households – 120 of those households have at least $25m in assets. The average net worth of those surveyed was $78m. The resulting study, The Joys and Dilemmas of Wealth, was 500 pages long and seemed to prove the old adage that money can’t buy happiness.

“Wealth can be a barrier to connecting with other people,” confessed a spouse of a tech entrepreneur who made about $80m. “Not feeling you should share some of the stressors in your life (‘Yeah, wouldn’t I like to have your problems’), awkwardness re: who should pay at a restaurant.”

To avoid such awkwardness, some Americans have taken to keeping their wealth secret. “We talk about it as stealth wealth. There are a lot of people that are hiding their wealth because they are concerned about negative judgment,” said Traeger-Muney. If wealthy Americans talk about the unique challenges that come with their wealth, people often dismiss their experience.

“People say: ‘Oh, poor you.’ There is not a lot of sympathy there,” she said. “[Wealth] is still one of our last taboos. Often, I use an analogy with my clients that coming out to people about their wealth is similar to coming out of the closet as gay. There’s a feeling of being exposed and dealing with judgment.”

Speaking in his soft, soothing voice that makes you want to spill all your worries, Cockrell said that a common mistake that many of the his wealthy clients make is letting their money define them.

“I don’t think it’s healthy to discount your problems. If you are part of the 1%, you still have problems and they are legitimate to you. Even when you say: ‘I don’t have to struggle for money’, there are other parts of your life. Money is not the only thing that defines you,” he said. “Your problems are legitimate.”

On Friday, CNN analyst Gloria Borger reported that the House Select Committee investigating the January 6 attack on the U.S. Capitol has subpoenaed Judd Deere, the former deputy White House press secretary under former President Donald Trump who issued a statement after the attack.