Chuck Todd finally smacks down Trump: 'Just because somebody repeats it doesn't make it true' 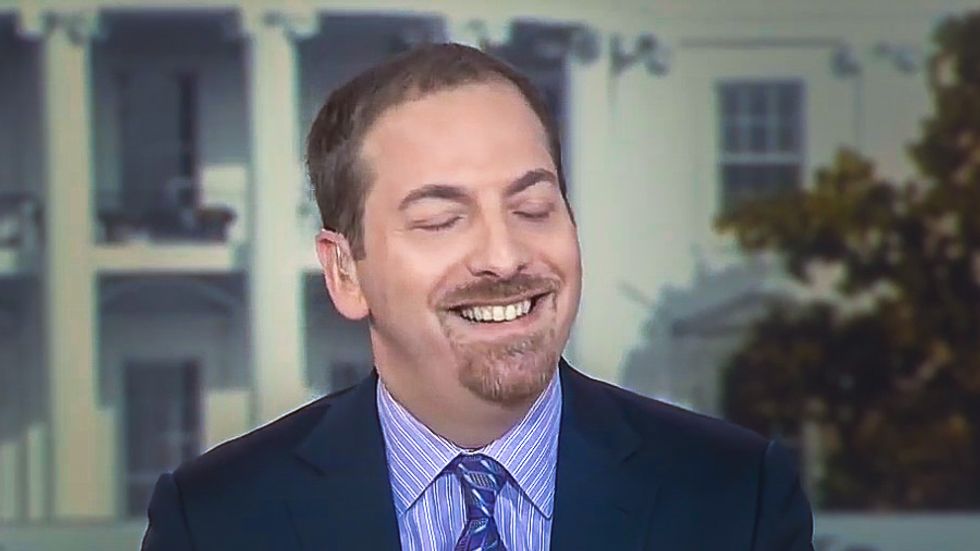 NBC host Chuck Todd struggled on Sunday to get Republican presidential candidate Donald Trump to provide evidence to back up his claim that Muslims in New Jersey celebrated after the terrorist attacks of Sept. 11, 2001.

Factcheckers have recently debunked Trump's assertion that Muslims were "cheering as the World Trade Center came down." But on Sunday, the candidate told Todd that he stood by the story.

"There were three of four different reports that month in New Jersey that said it was a myth," the NBC host recalled. "That it was a false rumor. FBI. You name it."

"I saw it on television," Trump replied. "And so did many other people and many people saw it in person. I have hundreds of phone calls to the Trump organization saying we saw it. It was dancing in the streets."

"Just because somebody repeats something doesn't make it true," Todd argued.

"I don't mean I had two calls, Chuck," Trump interrupted. "People were saying they lived in Jersey."

"People were saying!" Todd shot back. "If I said, 'Well, people have said Mr. Trump's not worth $10 billion, and people were saying,' you would say that's crazy. You wouldn't make a business deal based on retweets and based on hearsay."

"You're running for president of the United States," he continued. "Your words matter. Truthfulness matters. Fact-based stuff matters."

"Take it easy, Chuck, just play cool," Trump quipped. "This is people in this country that love our country that saw this by the hundreds they're calling and they're tweeting."

"I have a very good memory. I saw it somewhere on television many years ago and I never forgot it. And it was on television too."