CNN reporter hammers Ted Cruz on Syrian crisis: Should your refugee dad have been kept out of US? 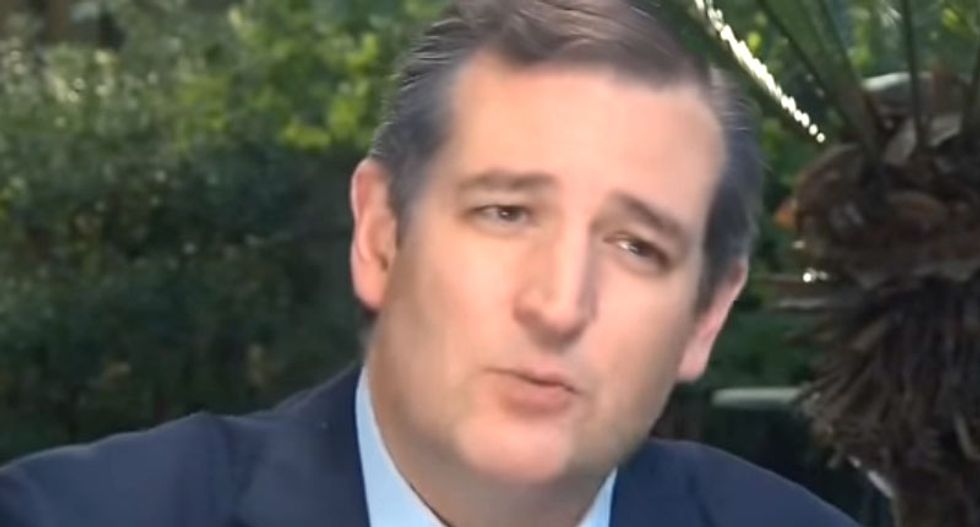 A CNN reporter hammered Sen. Ted Cruz (R-TX) on his hysteria-stoking claims about Syrian refugees by repeatedly asking the Republican presidential candidate about his own father -- who sought political asylum in the United States.

Cruz boasted that President Barack Obama had attacked him personally from overseas by criticizing the senator's call to limit immigrant settlement to Christians only, saying the terrorist attacks in Paris showed why the religious test was necessary.

"What would have happened if your father, who was trying to get from Cuba to the United States, and the political leaders said, 'Nope, we don't think so, because who knows? Maybe you could be somebody who could, you know, commit crimes against Americans,'" said CNN's Dana Bash.

Cruz said the situations weren't at all comparable.

"See, that's why it's important to define what it is we're fighting," Cruz said. "If my father were part of a theocratic and political movement like radical Islamism that promotes murdering anyone who doesn't share your extreme faith or forcibly converting them, then it would have made perfect sense," Cruz said.

Rafael Cruz, who came to the U.S. from Cuba more than 55 years ago, is a religious extremist who believes that his son is among Christian kings "anointed" by God to help usher in the Second Coming of Christ -- and with that, the apocalypse.

"But what about Muslims who are victims of the radical Islamic terrorists who are taking their religion and they're hijacking it," Bash said. "What about protecting those people?"

Bash asked if Cruz was saying that even those Muslims shouldn't be allowed in the U.S.

"What I'm saying is Syrian Muslim refugees should be resettled in the Middle East, in majority Muslim countries," Cruz said.