Detroit Fox reporter to fast food worker: 'Paramedics don't even make $15 and they save lives' 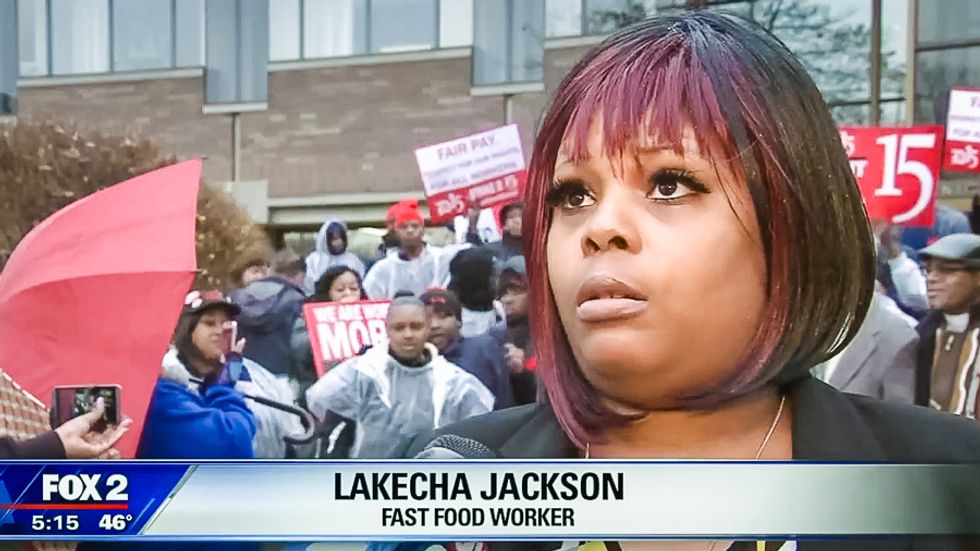 A reporter with Fox 2 WJBK in Detroit asked a fast food worker on Tuesday why she deserved to make $15 when paramedics were paid under that amount.

Timed to correspond with the Republican Presidential Debate in Milwaukee, fast food workers took to the streets on Tuesday morning to call attention to the need for a living wage.

One worker told WJBK's Roop Raj that workers needed a union and a minimum wage of at least $15/hour because it was impossible to live on current wages.

"It's just not possible," she said.

"Because we do too much," Jackson replied. "We do more than we get paid."