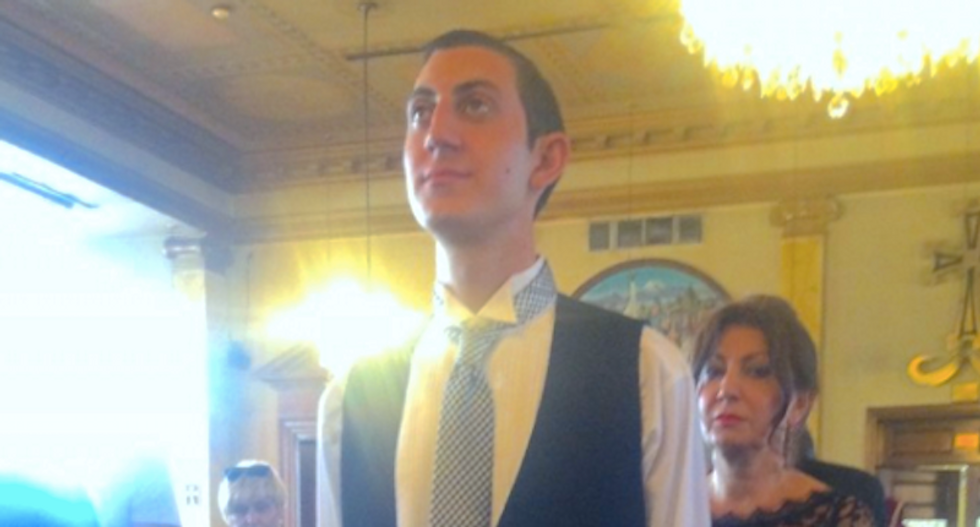 An Armenian-American family performed a lamb sacrifice for an ailing relative -- but they're questioning their faith after he was killed five days later in a spectacular rollover crash.

Relatives performed a matagh, or ritual offering, on Oct. 25 for 20-year-old Richard Pananian, who had been battling serious health issues but had overcome them, reported the Los Angeles Times.

Armenian Christians have conducted matagh offerings since the days of St. Gregory to thank God for saving a life, asking for good health or to plead for peace for deceased loved ones.

Pananian's family hoped the lamb sacrifice would protect the Burbank man -- but instead he was hurled against a freeway sign less than a week later in a crash just north of Los Angeles.

Police said Pananian was driving to a new job at Glendale Collision Center about 7 a.m. Friday on Interstate 5 when he crashed into the rear of a pickup truck, and his Ford Fiesta overturned -- launching him from the vehicle into the Colorado Street freeway sign.

Authorities received several calls shortly before the crash about a reckless driver believed to be Pananian, who police said was not wearing a seat belt.

Emergency crews used a ladder to remove his body from the freeway sign during rush hour traffic.

Pananian's death has shaken some of his family member's faith.

"I myself have lost my faith and question the act of God if he exists," wrote a cousin in an online fundraiser page set up by the family to pay for funeral expenses.

Armen Kardashian explained that the family had performed a traditional matagh for his "beloved cousin" less than a week before his death to thank God for sparing his life from illness, but the offering apparently failed to remind Pananian to wear a seat belt.

"I find it ironic that 5 days after this offering to God, not only did God choose to take this young mans life, but decided to make such a spectacle out of it," Kardashian said. "If God works in mysterious ways his way remains a mystery to me and has crushed this family as a whole."