'Get him the hell out of here!': Trump sics supporters on black protester who gets beaten and kicked 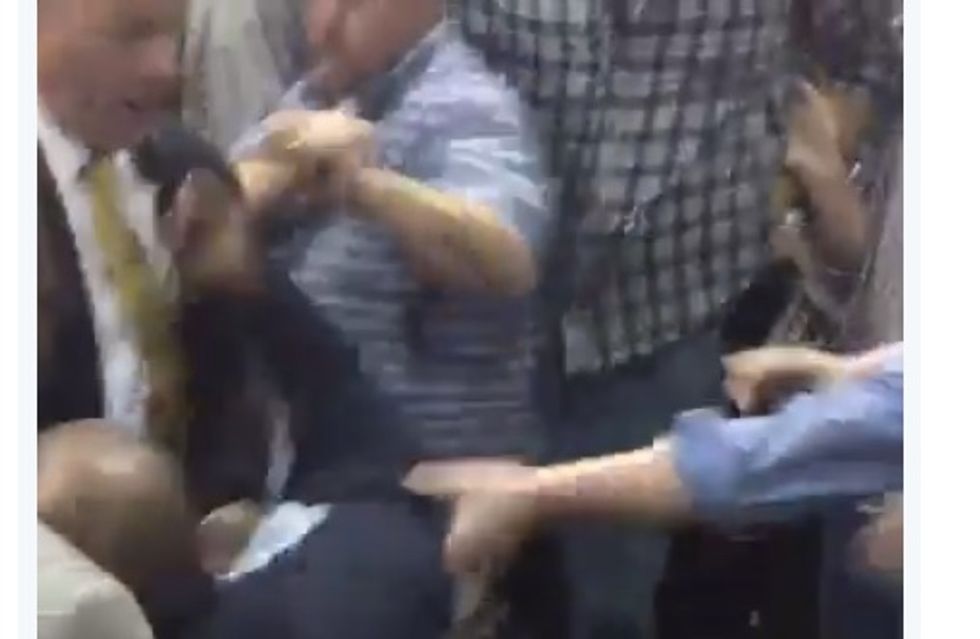 Yet another rally for GOP presidential candidate Donald Trump has descended into violence.

CNN reporter Jeremy Diamond posted video to Twitter of a black protester being shoved down, punched, kicked and tackled during a political rally for Trump in Birmingham, Alabama -- a city with a long history of racial violence.

In the video, Trump can be heard continuing to speak in the background, then can be heard saying, "Get him the hell out of here," as the crowd jeers.

This is not the first time Trump supporters have been caught carrying out racially-charged violence at rallies for the real estate mogul.

Last month, a Latino protester was pushed down and roughly dragged by supporters at a rally in Miami.

Watch the video, as posted by Diamond, here: