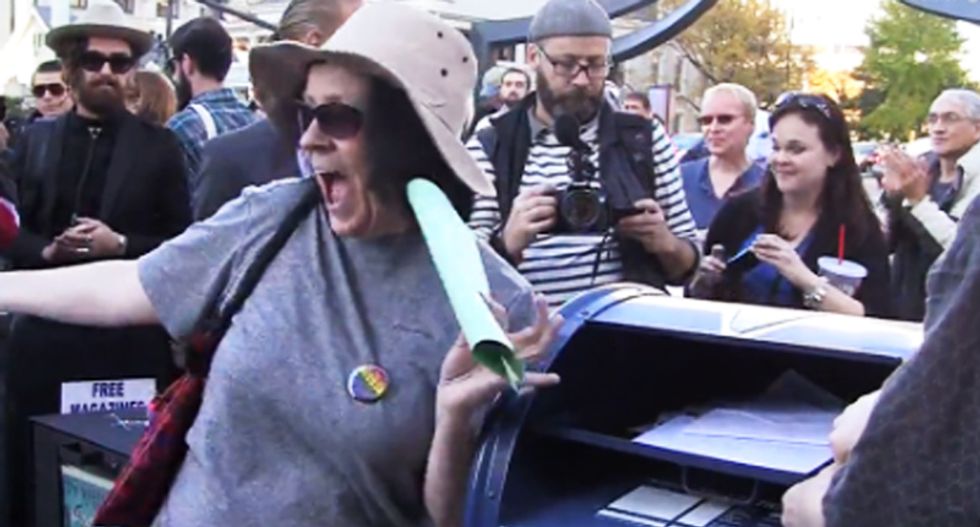 Over 1,000 Mormons and their families rallied at a Salt Lake City park on Saturday, with hundreds formally resigning from the church over policies labeling gay members "apostates," reports the Salt Lake Tribune.

According to organizers, they were surprised at the overwhelming show of support when a larger than expected crowd showed up.

With a line snaking through City Creek Park, a box containing the documents was nearly full 90 minutes after the event began.

The letters were then individually mailed by placing them in a post office box located across the street from church headquarters.  Emancipated former churchgoers each dropped their envelope into the box before a cheering crowd while receiving well wishes.

According to former member Aaron Lindford, he stopped attending church a year ago due to its anti-gay policies.

"I stopped going to church religiously about a year ago because just the attitude towards minorities and homosexuals and women was the main three reasons that I just decided that it wasn't real, " he explained.

Lindford stated that two of his brothers had already left the church for similar reasons and that he had yet to tell his parents he was quitting too, adding "it's only them now."

"I haven't told them yet, I'm going to tell them tonight."

Watch the video below from the Salt Lake Tribune: