Is double-dipping a food safety problem or just a nasty habit? 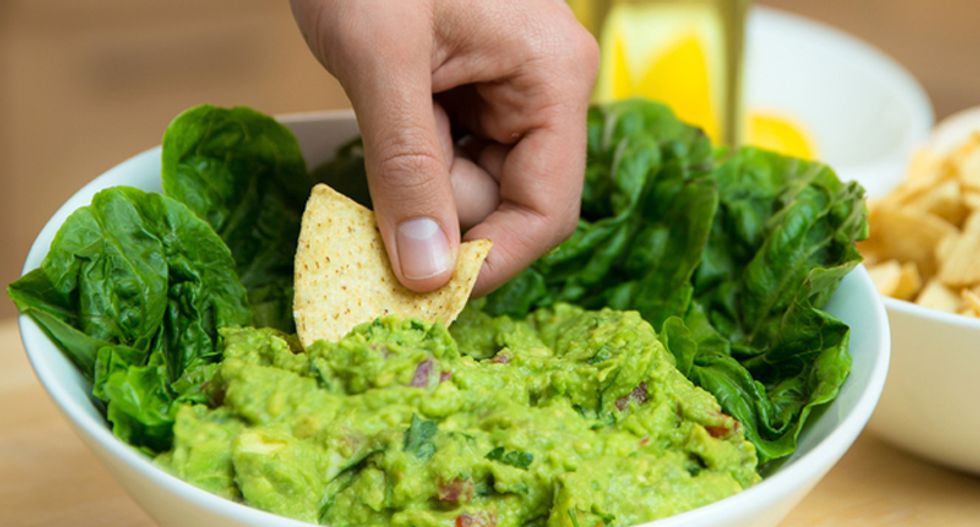 What do you do when you are left with half a chip in your hand after dipping? Admit it, you’ve wondered whether it’s OK to double dip the chip.

Maybe you’re the sort who dips their chip only once. Maybe you look around the room before loading your half-eaten chip with a bit more dip, hoping that no one will notice.

If you’ve seen that classic episode of Seinfeld, “The Implant,” where George Costanza double-dips a chip at wake, maybe you’ve wondered if double-dipping is really like “putting your whole mouth right in the dip!”

But is it, really? Can the bacteria in your mouth make it onto the chip then into the dip? Is this habit simply bad manners, or are you actively contaminating communal snacks with your particular germs?

This question intrigued our undergraduate research team at Clemson University, so we designed a series of experiments to find out just what happens when you double-dip. Testing to see if there is bacterial transfer seems straightforward, but there are more subtle questions to be answered. How does the acidity of the dip affect bacteria, and do different dips affect the outcome? Members of the no-double-dipping enforcement squad, prepare to have your worst, most repulsive suspicions confirmed.

Start with a cracker

Presumably some of your mouth’s bacteria transfer to a food when you take a bite. But the question of the day is whether that happens, and if so, how much bacteria makes it from mouth to dip. Students started by comparing bitten versus unbitten crackers, measuring how much bacteria could transfer from the cracker to a cup of water.

In a second experiment, students tested bitten and unbitten crackers in water solutions with pH levels typical of food dips (pH levels of 4, 5 and 6, which are all toward the more acidic end of the pH scale). They tested for bacteria right after the bitten and unbitten crackers were dipped, then measured the solutions again two hours later. More acidic solutions tended to lower the bacterial numbers over time.

The time had come to turn our attention to real food.

But what about the dip?

We compared three kinds of dip: salsa, chocolate and cheese dips, which happen to differ in pH and thickness (viscosity). Again, we tested bacterial populations in the dips after already-bitten crackers were dipped, and after dipping with unbitten crackers. We also tested the dips two hours after dipping to see how bacterial populations were growing.

After two hours, levels of bacteria in the salsa were similar to levels in the cheese and chocolate dips.

We can explain these phenomena using some basic food science. Chocolate and cheese dips are both pretty thick. Salsa isn’t as thick. The lower viscosity means that more of the dip touching the bitten cracker falls back into the dipping bowl rather than sticking to the cracker. And as it drops back into the communal container, it brings with it bacteria from the mouth of the double-dipper.

Salsa is also more acidic. After two hours, the acidity of the salsa had killed some of the bacteria (most bacteria don’t like acid). So it’s a combination of viscosity and acidity that will determine how much bacteria gets into the dip from double-dipping. As a side note about party hosting: cheese dip will run out faster than salsa since more of the cheese sticks to the cracker or chip on each dip. That could reduce the chances of people double-dipping. And yes, this is something we discovered during the experiment.

Should I freak out about double-dipping?

Double-dipping can transfer bacteria from mouth to dip, but is this something you need to worry about?

Anywhere from hundreds to thousands of different bacterial types and viruses live in the human oral cavity, most of which are harmless. But some aren’t so good. Pneumonic plague, tuberculosis, influenza virus, Legionnaires’ disease and severe acute respiratory syndrome (SARS) are known to spread through saliva, with coughing and sneezing aerosolizing up to 1,000 and 3,600 bacterial cells per minute. These tiny germ-containing droplets from a cough or a sneeze can settle on surfaces such as desks and doorknobs. Germs can be spread when a person touches a contaminated surface and then touches their eyes, nose or mouth.

That’s why the Centers for Disease Control and Prevention strongly recommends covering the mouth and nose when coughing and sneezing to prevent spreading “serious respiratory illnesses like influenza, respiratory syncytial virus (RSV), whooping cough, and severe acute respiratory syndrome (SARS).” With that in mind, there may be a concern over the spread of oral bacteria from person to person thanks to double-dipping. And a person doesn’t have to be sick to pass on germs.

One of the most infamous examples of spreading disease while being asymptomatic is household cook Mary Mallon (Typhoid Mary), who spread typhoid to numerous families in 19th-century New England during food preparation. Science has left unanswered whether she was tasting the food as she went along and, in effect, double-dipping. Typhoid Mary is obviously an extreme example, but your fellow dippers might very well be carrying cold or flu germs and passing them right into the bowl you’re about to dig into.

If you detect double-dippers in the midst of a festive gathering, you might want to steer clear of their favored snack. And if you yourself are sick, do the rest of us a favor and don’t double-dip.