Jeb Bush: Only Christians should be allowed refugee status in response to Paris attack 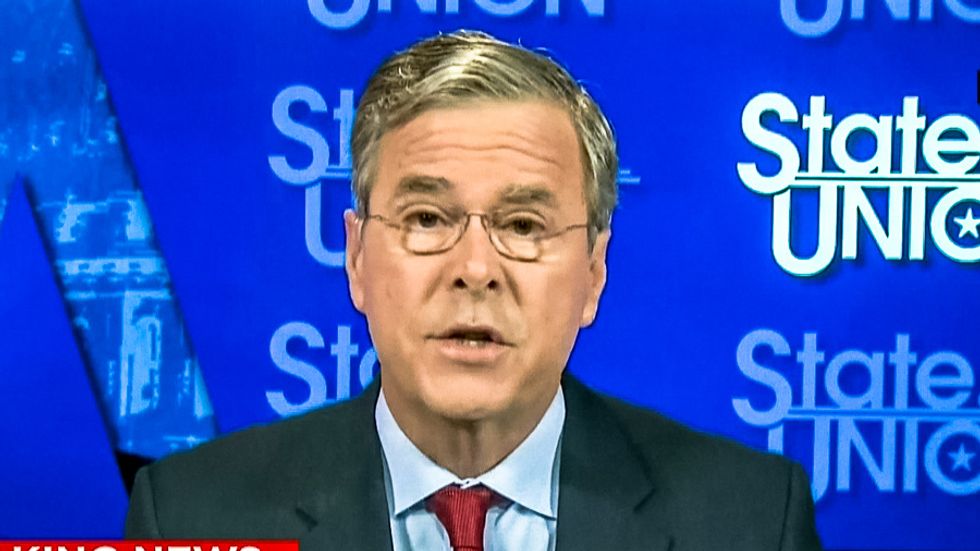 Republican presidential candidate Jeb Bush said over the weekend that the U.S. should respond to the terrorist attacks in Paris by carefully screening out Syrian refugees who are not Christians.

"As it relates to the refugees, I think we need to do thorough screening," Bush told CNN's Jake Tapper on Sunday. "And take a limited number. But ultimately, the best way to deal with the refugee crisis is to create safe zones inside of Syria so that people don't risk their lives, and you don't have what will be a national security challenge for both our country and for Europe of screening."

But there was one group which should be allowed to take refuge in the U.S., the former Florida governor argued.

"There are a lot of Christians in Syria that have no place now," he explained. "They'll be either executed or imprisoned, either by Assad or by ISIS. And I think we should have -- we should focus our efforts as it relates to the Christians that are being slaughtered."

Tapper wondered how screeners would know which refugees were Christians.

"We do that all the time," Bush insisted. "I think we need to be -- obviously -- very, very cautious. This also calls to mind the need to protect our borders, our southern border particularly."

"This is a threat against Western civilization, and we need to lead. The United States has pulled back and when we pull back, voids are filled. And they're filled now by Islamic terrorism that threatens our country."