Marco Rubio: US must not demonize police officers amid 'rare' misconduct 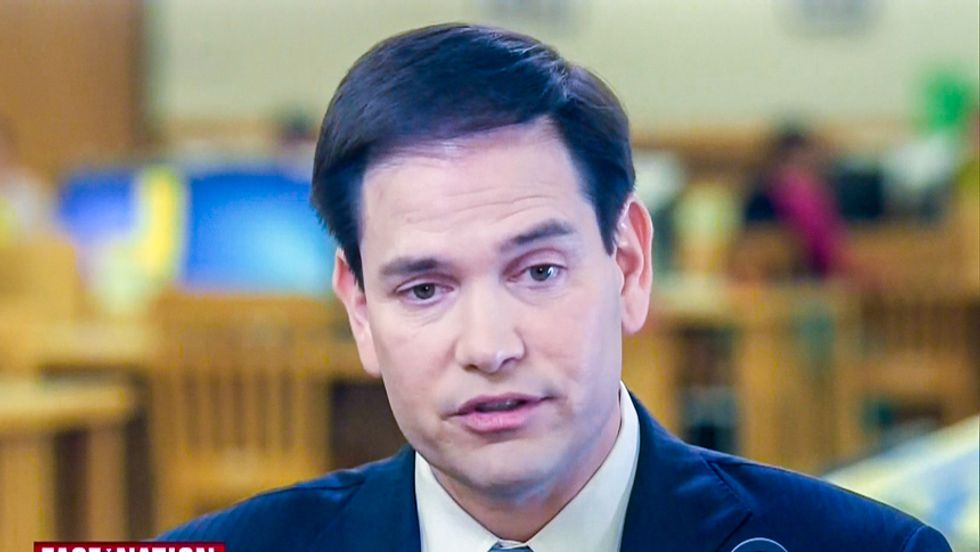 Republican presidential candidate says America should be ‘vigilant’ in cases of abuse, but ‘overwhelming majority’ of officers perform well

Republican presidential candidate Marco Rubio said the US should be “vigilant” in prosecuting police officers who do a bad job, but he also warned of the danger of demonizing people in law enforcement in the wake of a number of high-profile cases.

The Guardian asked Rubio during an interview on the campaign trail in Iowa if the Justice Department should require police departments nationwide to report on excessive use of force and killings by law enforcement.

Rubio did not call for a federal database of such incidents, but said they are reported “in essence” by the media.

“There’s no police incident that exists in this country that’s not documented in the press, so it wouldn’t be hard to put that together one way or another,” he said.

The issue has risen to national prominence following a series of high-profile killings by police of unarmed black men, including Michael Brown in Ferguson, Missouri and Eric Garner in New York.

The Guardian has an ongoing investigation, The Counted , into the use of lethal force by police, recording every death caused by law enforcement in the US in 2015. The crowdsourced investigative project has so far found a total of 1,024 deaths this year.

Last month, FBI director James Comey said it was “unacceptable” that the Guardian and the Washington Post, which has a similar project on police killings, have better data on police shootings than the federal government.

Rubio said it was imperative that the debate over criminal justice not “demonize” law enforcement while addressing areas of mistrust between certain communities and police.

“And so we should be vigilant about those rare officers out there that are doing a bad job, and there are laws in the books to prosecute people for civil rights violations and so forth. But we should not allow that to create this environment that exists now, where police officers are being demonized and in some instances specifically targeted. I think that’s not only unfair, it’s dangerous.”

“They are the only thing standing between us and danger. They are the first people we’re going to call if our family is in trouble,” he added.

Rubio has generally struck a measured tone while discussing police brutality and Black Lives Matter, the movement seeking to highlight discrimination against communities of color in the criminal justice system.

The US Congress is poised to debate a bipartisan bill that, if passed, would usher in significant reforms to mandatory minimums for nonviolent drug offenders – an area that disproportionately affects African American and Hispanic communities in America. Although it does not make specific changes to police conduct, the measure seeks to address the systemic incarceration of minorities and has the backing of the White House.

Rubio has not taken a position on the bill, although he told the Guardian at a campaign stop last month he was supportive of lowering mandatory minimums for nonviolent offenders and was reviewing the criminal justice compromise in the Senate.