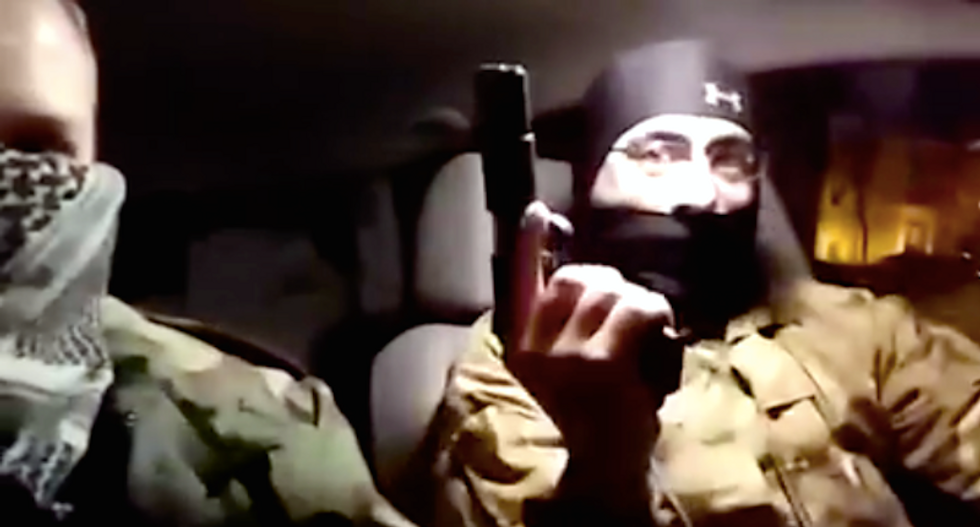 White supremacists on their way to Minneapolis police protests (Facebook)

The four men who were charged with shooting Black Lives Matter protesters in Minneapolis on Nov. 23 got caught because they left posts on the Internet message boards 4Chan and Reddit.com in which they bragged about their plans.

According to court documents released by the Minneapolis Star-Tribune, Allen Scarsella, 23; Joseph Backman, 27; Nathan Gustavsson, 21; and Daniel Macey, 26 were apprehended and charged in Hennepin County, Minnesota after searches of phone and computer records found ample evidence to provide probable cause for their arrests.

"Investigators have viewed a 4Chan website email string where participants discussed going to the BLM protest to 'stir things up' and 'cause commotion,'" the documents reported. "Participants were encouraged to dress normal and look like the protesters but were told to 'feel free to carry.'"

Investigators also watched the video made by Scarsella and an acquaintance in which they repeatedly used the N-word and urged viewers to "stay white" as they discussed their plan to disrupt the BLM protests.

On Nov. 24, the day after the shooting, officers arrested Scarsella and viewed the contents of his phone, which showed he was in the area of the shooting when the events took place. The phone's messages showed extensive text correspondence between the four defendants outlining details of their plans to disrupt the protest and their communications after they shot five protesters.

All four men are currently in custody. They have admitted in phone conversations from jail that they were present at the shooting incident.

None of the five protesters who were struck by bullets suffered life-threatening injuries. Scarsella’s bail has been set at $500,000 and the others at $250,000 each. All four men are expected to appear in court on Tuesday.