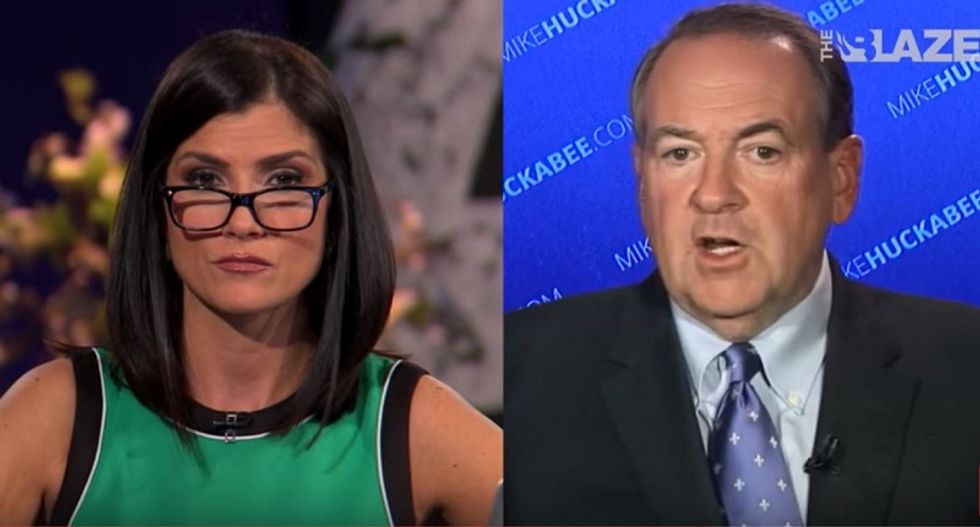 Speaking to conservative host of The Blaze talk show Dana Loesch, Huckabee complained about President Obama's response to the crisis, then turned the conversation to food poisoning.

"When Chipotle had an outbreak of E. coli just recently, what did they do? They closed all the Chipotle restaurants," Huckabee said. "I mean, how many gallons of tainted milk do we tolerate before we say, 'take it off the shelves?'"

Then Huckabee got to the point.

"If we take millions of gallons of tainted milk because a few people get sick, does it make any sense that we would say, 'well we're going to bring in tens of thousands of people, we have no idea who they are,'" he said. "We don't know if they're ISIS members who are sneaking in with the real refugees."

Huckabee joins a wave of xenophobic rhetoric after terrorists attacked Paris on Friday and killed 129 people. Hundreds of thousands of people have fled war-torn Syria and have been arriving in Europe seeking asylum.