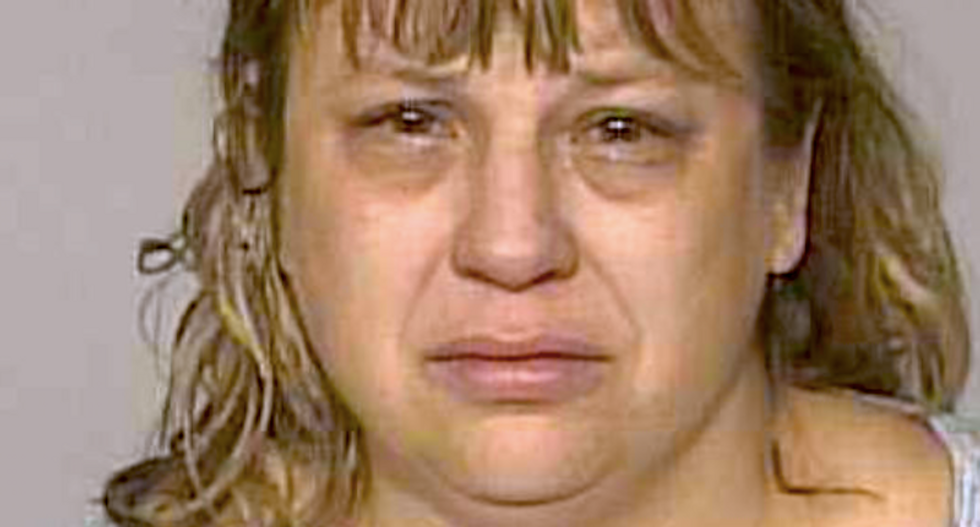 A Minnesota woman is accused of attacking a Muslim woman who was speaking Swahili at an Applebee's restaurant.

Jodie Marie Burchard-Risch was eating on Oct. 30 with her husband when she became enraged by the woman speaking a foreign language in a nearby booth, reported KARE-TV.

The 43-year-old Burchard-Risch yelled at the woman and threw a drink at her, and she brushed off managers' attempts to calm her down.

"I was sitting turned around like this and all of a sudden I feel something thrown on my face -- boom," said the victim, Asma Jama. "My cousin started screaming and everyone wanted to run away."

Jama told her assailant that she had a free speech right to converse with her family in Swahili.

Then Burchard-Risch "smashed" her beer mug across the woman's face in a "roundhouse punch" motion before running away, police said.

"Emotionally that has destroyed me," Jama said. "I've lived in Minnesota for 15 years, never had anyone even look at me weird for not speaking English and wearing a Hijab. I've seen hate crimes on TV, but for it to happen to me -- I'm really a different person, I don't like it."

Burchard-Risch was charged with third-degree assault.

Watch this interview with Jama posted online by KMSP-TV: