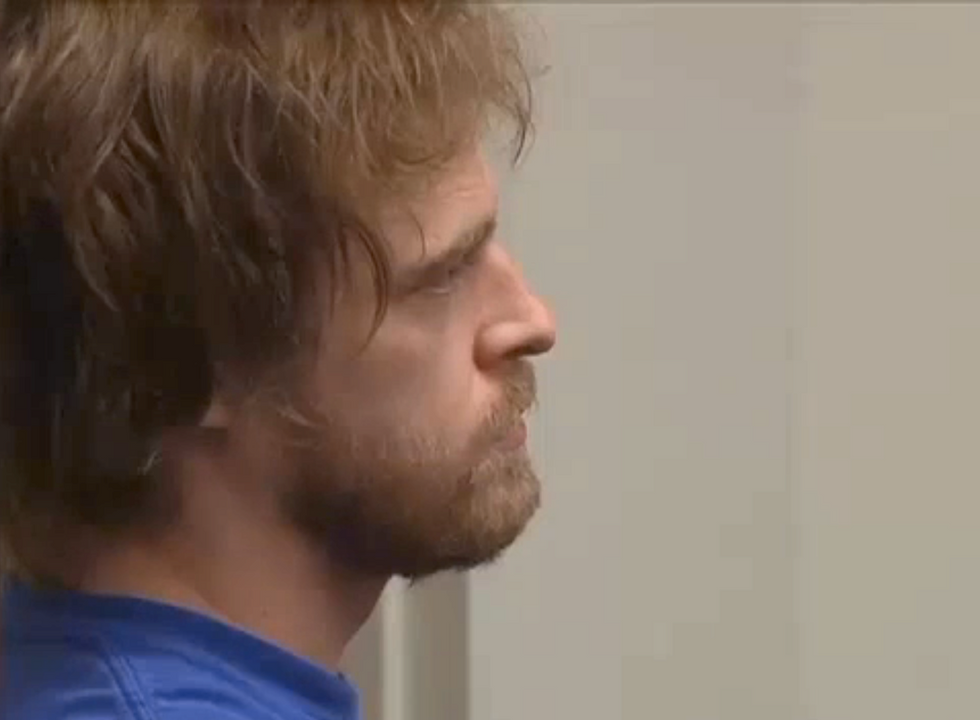 A 29-year-old Kalispell, Montana man who is awaiting trial for making online threats against schoolchildren and Jewish people is active on social media again in spite of a court order prohibiting him from using the web.

According to DailyInterLake.com, David Joseph Lenio reactivated his suspended online accounts when he was placed on conditional release in July and remanded to the custody of his parents.

Lenio is a 9/11 and Sandy Hook "Truther," a Holocaust denier and anti-Semite who used social media to anonymously spew a barrage of racist and violent invective and frequently made references to "shooting up a school."

From Dec. 2014 to Feb. 2015, Lenio used Twitter to publicize his anti-Israel, pro-gun, pro-Libertarian views while threatening to shoot children and kill anyone who disagreed with his opinions.

“I bet I could get at least 12 unarmed sitting ducks if I decide to go on a killing spree in a school. Sounds better than being a wage slave," he wrote.

On the same day, he wrote, “What do you think costs more in most U.S. cities? A gun with enough ammunition to kill 100 school kids or the security deposit on an apartment...What would I rather do? Be a #wage slave for the rest of my life or tell society f--- you & do your kids a favor by shooting up a #school?”

He peppered his apocalyptic rants with references to a Jewish plot to take over the world, conjecture that Israel carried out the terror attacks of 9/11 and assertions that the Sandy Hook Elementary School massacre was a staged "false flag" operation orchestrated by the U.S. government in order to intimidate and disarm the population.

Lenio made the mistake early this year, however, of threatening Jonathan Hutson, a former investigative reporter and spokesman for the Brady Campaign to Prevent Gun Violence. When Lenio began to send Hutson violent threats and to post information about Hutson's children, Hutson tracked down Lenio and revealed his identity to authorities.

In February, Lenio was arrested on his way home from a trip to Montana's Whitefish Ski Resort.

"After obtaining a search warrant, officers found a 9-mm semi-automatic rifle and a Russian-made bolt-action rifle. Lenio’s vehicle contained a .32 caliber semi-automatic pistol and more ammunition. Marijuana and jugs of urine also were found in the vehicle," wrote Megan Strickland of DailyInterLake.com.

Lenio's defense team managed to have his trial postponed earlier this year and has been working on a plea deal with prosecutors. Hutson noted, however, that when he was released on the condition that he not use social media at all, Lenio immediately reactivated his Twitter account under the name @PsychicDogTalk3 and proceeded to retweet anti-Israel propaganda and musings on how to satisfy the "urge to kill."

"He has violated the court’s order and shown contempt for the judge 348 times,” Hutson told Strickland. “He is unfit for release into his parent’s custody in Grand Rapids, Michigan. I question if he would be getting such preferential treatment if he weren’t white and the son of an investment banker.”

A Native American or Muslim man would be treated very differently under Montana law, Hutson said.

Brant Getty, the public defender assigned to represent Lenio declined to comment for the DailyInterLake article.