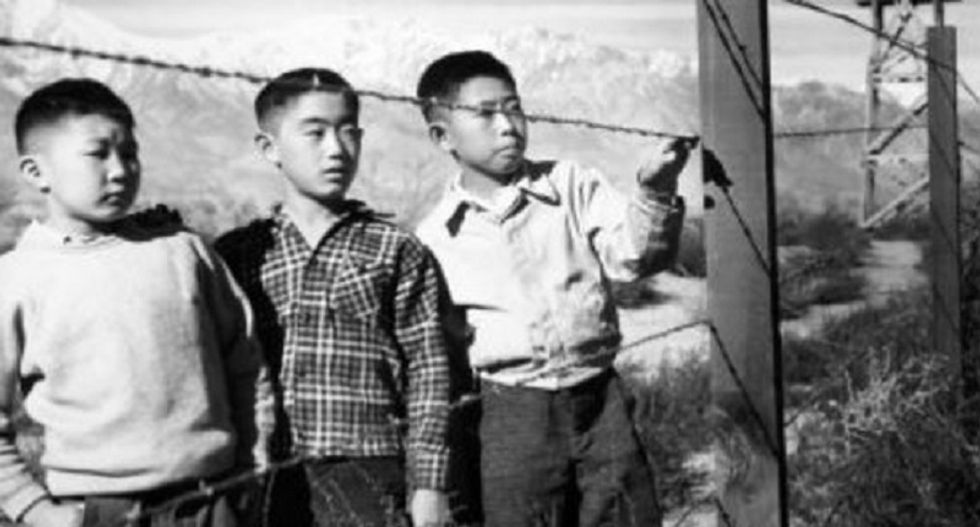 A Rhode Island Republican lawmaker has gone one step closer to the Third Reich's "Final Solution" by saying Syrian refugees should be rounded up and placed in a concentration camp.

State Sen. Elaine Morgan (R) made the comment in a Tuesday email to a member of the public, which she accidentally CC'ed to other lawmakers, WPRI reports.

"If we need to take these people in we should set up [a] refugee camp to keep them segregated from our populous.” Morgan wrote in the email. "I think the protection of our US citizens and the United States of America should be the most important issue here."

Morgan also launched into a bigoted attack on Muslim people by lumping the entire religious community together with Islamic State terrorists.

"The Muslim religion and philosophy is to murder, rape, and decapitate anyone who is a non Muslim," she wrote, also stating, "I do not want our governor bringing in any Syrian refugees. I think our country is under attack. I think this is a major plan by these countries to spread out their people to attack all non Muslim persons."

Morgan said she meant to edit the message but failed to do so properly because she didn't know how to edit using her smartphone. On Wednesday though, she expressed similar sentiments.

"I can see taking [Syrian refugees] in, but keeping them all centralized – it sounds a little barbaric, but we need to centralize them and keep them in one central area," she said.

Morgan then went on to suggest refugees should fight in the civil war instead of fleeing, though most of them are women and children.

“Any civil war is horrible but these people need to stay and fight for their country,” she wrote in an email to the news station. “We as Americans fought our civil wars if we had fled what would have happened? We wouldn’t have the freedom and prosperity we enjoy today.”

The hysteria over Syrian refugees was kicked up after a terrorist attack on Paris last week that left 129 dead. But none of the attackers identified so far were from Syria -- they were all citizens of European countries.

When questioned by reporters, fellow Republican Rep. Bobby Nardolillo doubled down on the sentiments expressed by Morgan.

"There isn’t any hysteria and there is nothing hypothetical about the tragedy of the Paris attacks and the Boston Marathon at the hands of the Tsarnaev brothers,” Nardolillo told WPRI. “We must be cognizant of the fact that ISIS has a list of potential targets that include Newport.”

Democratic Rep. Aaron Regunberg pointed out that his own grandfather was forced to flee Nazi Germany as a refugee.

"I am alive today because -- after great desperation and hardship -- my grandfather was able to flee Nazi Germany and find safety as a refugee in the Philippines," he wrote in a letter to Rhode Island Gov. Gina Raimondo. "We can do this responsibly and safely, and I urge you to keep Rhode Island true to its long history of welcoming those who seek sanctuary from persecution,"