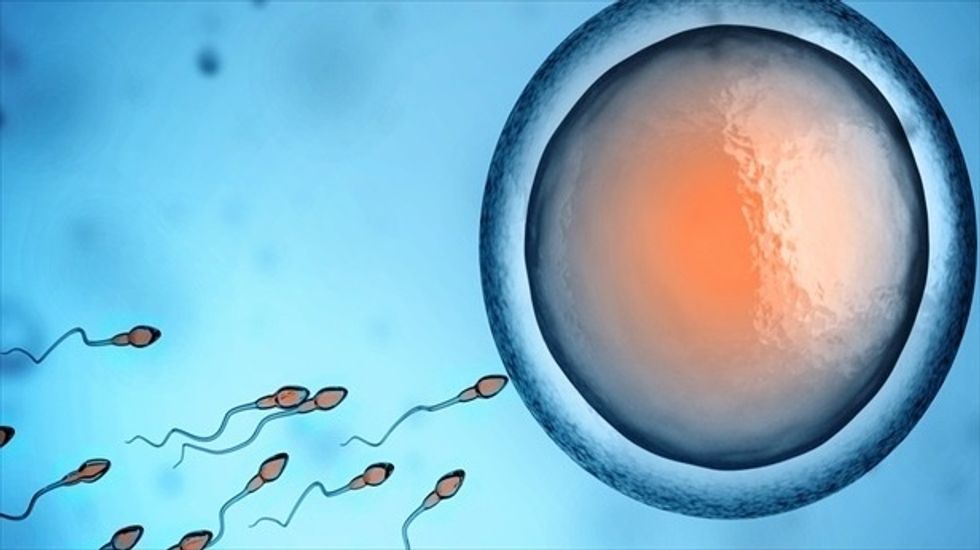 Most people probably think of sperm as the microscopic tadpole-like things wriggling around in human semen. But there is an astonishing amount of diversity in the size, shape and number of sperm produced by male animals. In fact, despite performing the very same function in all animal species (fertilising eggs), sperm are the most diverse cells found among animals.

This diversity is a product of evolution. Every animal’s sperm has evolved to meet the needs of the individual animal that produces it. For example, new research published in Proceedings of the Royal Society B shows that the number and size of sperm produced by a mammal depends on the size of the female reproductive tract. Studying these kinds of adaptations helps us to better understand the incredible diversity we see in sperm across animal species.

Tiny animals can have massive sperm

Sperm length varies by several orders of magnitude across species, from the tiny sperm of the porcupine (0.0003 cm) to the gigantic sperm of the fruit fly (6 cm), which is more than 20 times the length of the fly. The fruit fly’s sperm looks like a wound-up ball of string that unravels once inside the female’s even longer reproductive tract.

The number of sperm produced by different animals also varies enormously. Humans produce approximately 100 million sperm per ejaculate, while rams can produce 100 billion. Groups of sperm can even work together. Sperm in some species are known to team up and form a “train” that swims faster than individual sperm.

Much of the variation we see in the size, shape and number of sperm produced by different species is thought to be the product of competition for fertilisation among the sperm of different males. This is a type of sexual selection, only relatively recently described, known as “sperm competition”. In species whose females mate most promiscuously, there is strong pressure on males to invest more heavily in sperm, to ensure that one of their own little soldiers is the one that wins the battle for fertilisation.

This has led to an extraordinary array of different warfare tactics. These species, in general, produce more sperm, as more soldiers on the ground gives you a numerical advantage. It may also be advantageous to produce bigger sperm, which are faster and able to outcompete the sperm of other males in the race to the eggs.

Which way’s the exit?

Sperm can also vary depending on the size and shape of the female body. To accommodate this, sperm have to be able to swim far and fast enough, to successfully reach the eggs. In general, bigger sperm swim faster, so males should produce numerous, large sperm. But males only have finite resources to allocate to sperm production and may face trade-offs.

This means that evolutionary pressure to increase sperm size will inevitably lead to a reduction in number, and vice versa. As mentioned, recent research found that among mammals, males of smaller bodied species tend to invest in fewer, larger sperm, while males of larger species tend to invest in more, smaller sperm. This is because the females of larger species have bigger reproductive tracts and so more (but smaller) sperm can spread across the greater space and have more chance of encountering an egg.

As sperm can be costly for the body to produce and resources are limited, males can also face trade-offs between producing sperm and other characteristics useful for reproduction. For example, species in which males invest more in big bodies and horns, or deep voices have been shown to produce less sperm.

In humans, men with more attractive voices have been shown to have worse quality sperm. It seems that males are faced with a trade-off between investing in traits that are useful for competing with rivals, or those that increase the chance of fertilising an egg. They can’t have everything.

We can control the amount of sperm we deliver

Amazingly, males seem to be able to control the amount of sperm they produce. There is evidence that males vary the amount of sperm in ejaculates, depending on the quality of the female, or the risk of sperm competition. In humans, men looking at explicit images of two males and one female (“sperm competition images”) have been shown to produce more mobile sperm than those looking at explicit images of three females.

Female animals who mate with more than one partner are also thought to have some control over the sperm that fertilises their eggs. So-called, “cryptic female choice” occurs when females use physical or chemical mechanisms to control each male’s chances of fertilisation. This is well described in a number of animal species, providing a mechanism by which females can bias the outcome of reproduction. For example, in some species, females will mate with several males and then selectively fertilise eggs with only the largest sperm or sperm from males with more compatible immune system genes.