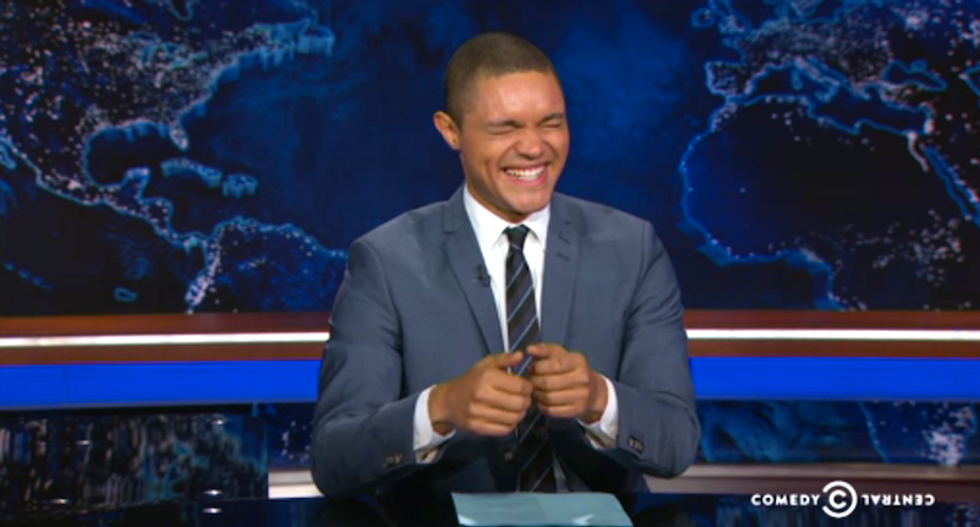 Trevor Noah returned to "The Daily Show" one day after undergoing an emergency appendectomy -- and he gained a whole new perspective on the absurdity of life in America.

The South African host said he was taken to the emergency room Tuesday with abdominal pain.

"Although I don't know if 'emergency room' is the right term, because they make you wait," he said. "I feel like there should be two rooms: one for emergencies and another for people who can fill out forms."

Noah said a nurse asked him to fill out a series of forms despite his repeated claims that he felt like he may be dying.

"What more information do you need, other than the fact that I'm dying?" he said.

The host said he periodically fainted from the pain of a perforated appendix, but the nurse told him he was not allowed to faint in the waiting area and should instead go to triage to lose consciousness.

"You're telling me where I can and cannot faint?" he said.

Noah was finally taken, trembling with pain, to another room for treatment -- where he was followed by the same nurse, who brought still more forms and asked how he would be paying for treatment of his life-threatening condition.

He told the nurse he wasn't sure if he had health insurance, and he wasn't even sure how that worked, but she recognized him from "Daily Show" billboards around New York City and decided he could afford to pay for treatment.

Noah thanked all his well-wishers, and he assured fans that Comedy Central urged him to take off more time to recover -- but he wanted to return to work.

He said some fans suggested he was forced to return to work because the cable network's executives are racist against black people.

"Is this Comedy Central or the cotton fields?" Noah said one concerned fan tweeted.