WATCH: Obama absolutely destroys Jeb Bush for his 'dark impulse' to have a 'religious test' for refugees 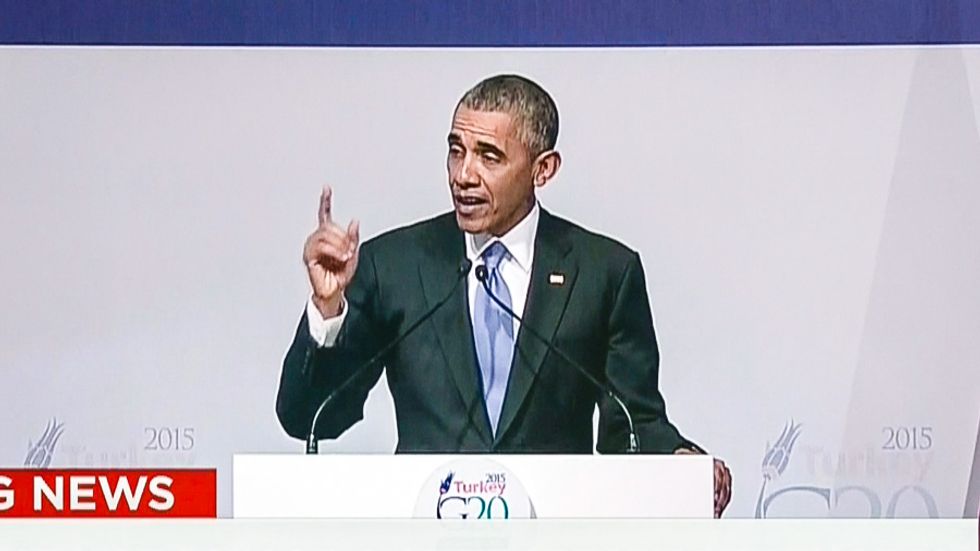 President Barack Obama took a shot at Republican presidential candidate Jeb Bush on Monday for suggesting that there should be a "religious test" for helping Syrian refugees.

Over the weekend, Bush responded to the terrorist attacks in Paris by arguing that the United States should focus on helping Christian refugees instead of Muslims.

Speaking to reporters at the G20 summit on Monday, Obama urged leaders not to give in to their "dark impulses."

"When I hear folks say that well maybe we should just admit the Christians but not the Muslims, when I hear political leaders suggesting that there would be a religious test for which person who's fleeing from a war torn country is admitted," the president said. "When some of those folks themselves come from families who benefited from protection when they were fleeing political persecution, that's shameful. That's not American, that's not who we are."

"We don't have religious tests to our compassion," Obama continued, warning political leaders not to "feed that dark impulse inside of us."