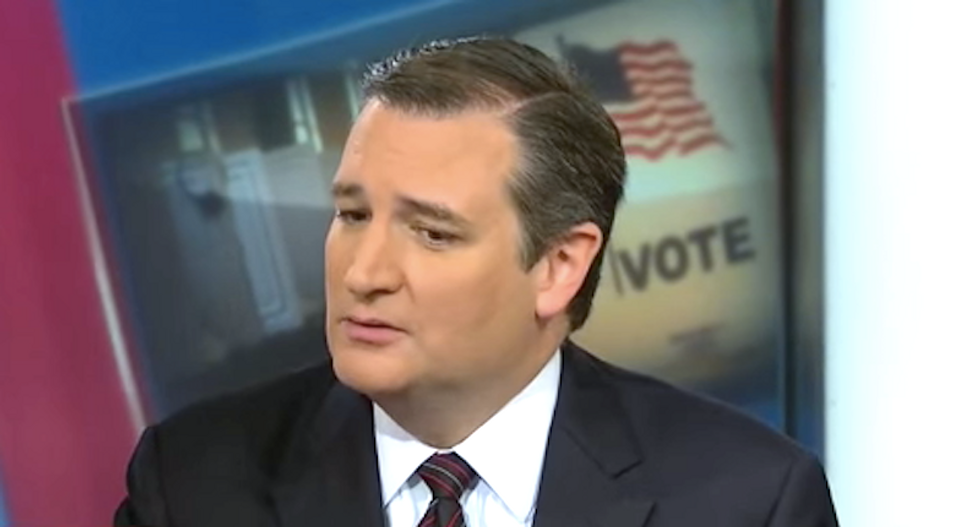 Sen. Ted Cruz (R-TX) will speak this weekend, along with two other Republican presidential candidates, at a "religious liberties" conference organized by a pastor who wants the death penalty for gays.

The senator appeared Friday morning on CNN, where host Jake Tapper questioned him on taxes and other campaign issues before asking Cruz about the conference and its controversial organizer -- virulently anti-LGBT pastor Kevin Swanson, reported Right Wing Watch.

Cruz will be joined at the event in Des Moines, Iowa by fellow GOP candidates Mike Huckabee and Louisiana Gov. Bobby Jindal.

"You've been very outspoken about what you deem 'liberal intolerance' of Christians, but Kevin Swanson has said some very inflammatory things about gays and lesbians," Tapper said. "He believes Christians should hold up signs at gay weddings, holding up the Leviticus verse instructing the faithful to put gays to death because what they do is an abomination."

In addition to frequent calls for executing his political enemies, Swanson has also claimed that the Disney movie "Frozen" was a satanic tool for "indoctrinating" young lesbians and recently said Democratic anti-poverty measures had turned "inner-city women" into prostitutes.

Tapper said he doesn't hold Cruz responsible for what Swanson has said, but he asked the senator if he believed his appearance at the conference might be endorsing "conservative intolerance."

"Listen, I don't know what this gentleman has said and what he hasn't said," Cruz said. "I know that when it comes to religious liberty, this is a passion of mine, and it's been a passion of mine for decades."

The 44-year-old Cruz said he had fought for religious liberty for all faiths -- not just Christians.

"In the last six and a half years under the Obama administration, we have seen an assault on religious liberty from the federal government," Cruz said, changing the subject. "You know, a couple of months ago, I hosted a rally for religious liberty in Iowa, with 2,500 people (came) out, it was the single biggest political event in the state of Iowa this year."

Cruz said the event featured nine "heroes" -- including anti-LGBT business owners sued for refusing to serve same-sex couples -- who he said "stood up for their religious faith," and then he directed viewers to his campaign website.

"Many in the media diminish threats on religious liberty, they say they're not real," Cruz said. "What I tried to do in that event was withdraw myself, have the focus be on them telling their stories."