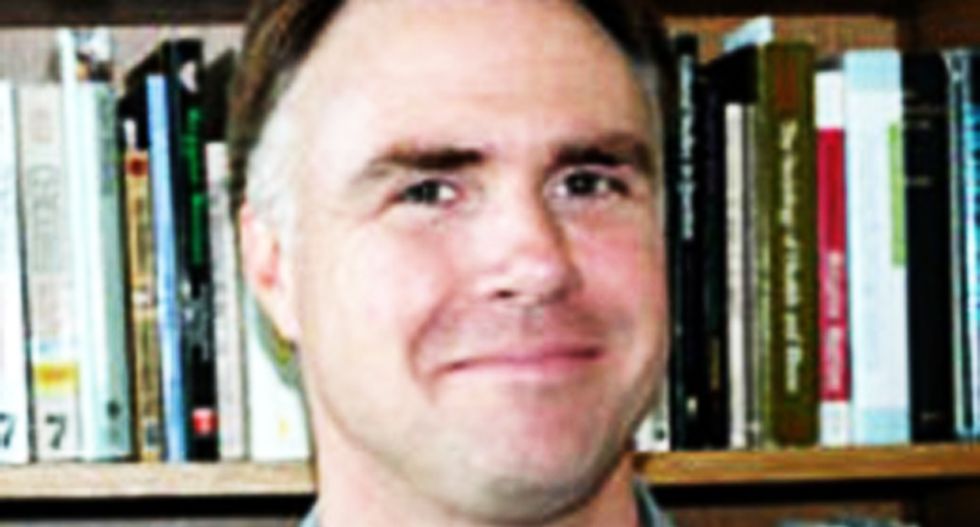 A professor at a Florida college -- who has made a name for himself as a Sandy Hook conspiracy theorist -- lashed out on Facebook at the parents of one of the children killed three years ago, calling them "conspirators" who have profited "handsomely from the fake death of their son."

Writing on the Sandy Hook Hoax Facebook page, Florida Atlantic University Professor James Tracy defended his job at the university after the parents of Noah Pozner wrote an opinion piece for the Sun-Sentinel complaining about Tracy and other "anonymous online identities" who torment them over the death of their 6-year-old son.

"Although many of these tormentors persecute us behind anonymous online identities, some do so openly and even proffer their professional credentials in an attempt to lend credence to their allegations," Lenny and Veronique Pozner wrote. "In this piece we want to focus on someone who is chief among the conspiracy theorists -- Florida Atlantic University Professor James Tracy."

According to the Pozners, the Florida professor has engaged in a campaign of harassment against them, including sending them a certified  letter demanding proof that their son ever existed.

"Tracy is among those who have personally sought to cause our family pain and anguish by publicly demonizing our attempts to keep cherished photos of our slain son from falling into the hands of conspiracy theorists," they wrote. "Tracy even sent us a certified letter demanding proof that Noah once lived, that we were his parents, and that we were the rightful owner of his photographic image. We found this so outrageous and unsettling that we filed a police report for harassment. Once Tracy realized we would not respond, he subjected us to ridicule and contempt on his blog, boasting to his readers that the 'unfulfilled request' was 'noteworthy' because we had used copyright claims to 'thwart continued research of the Sandy Hook massacre event.'"

In his Facebook response, Tracy continued to malign the Pozners, referring to them -- as well as other mothers and fathers who lost children three years ago -- as "alleged parents."

"The local conspirators in Newtown, such as the alleged parents of the murdered children, including Lenny and Veronique Pozner, have made out very well financially, soliciting contributions from generous yet misinformed Americans, where the families have averaged more than $1,000,000 apiece," Tracy wrote. "Their son, Noah, is a very special boy because he has the distinction of dying twice — first at Sandy Hook Elementary School in Newtown, Connecticut, on December 14, 2012; then thousands of miles across the world at the Peshawar Army School shooting in Pakistan 2 years later on December 16, 2014. And the only proof Lenny has produced that Noah died in Sandy Hook is a death certificate he provided to one of the book’s contributors [conspiracy theorist Prof. Jim Fetzer], which has been revealed as a fabrication. If Noah actually died, there would have been no reason to fake it."

Tracy added, "The Pozners, alas, are as phony as the drill itself, and profiting handsomely from the fake death of their son."

According to the Pozners, Tracy's job at FAU should be on the line due to his continuing harassment.