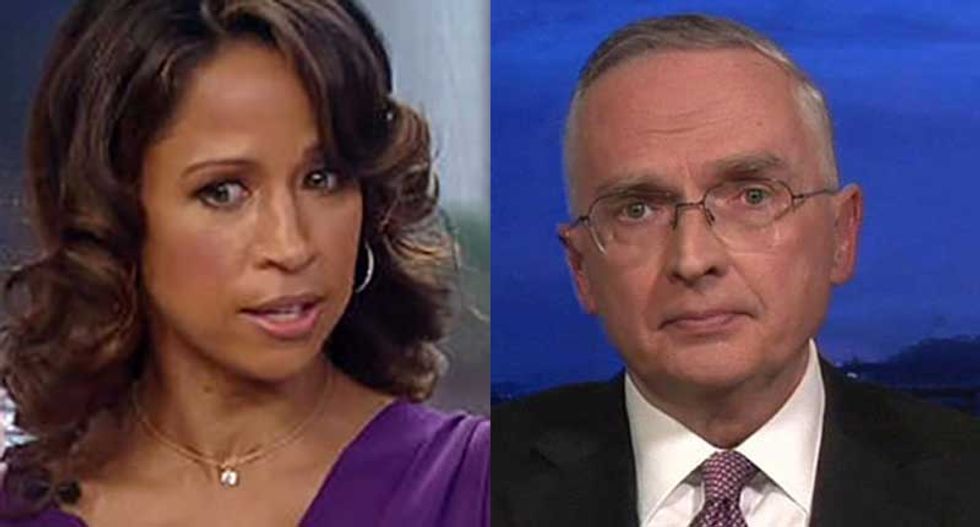 CNN Money reported Monday afternoon that commentators Ralph Peters and Stacey Dash both used vulgarities in their complaints about the president's policy regarding threats to Americans from terror groups like ISIS.

Peters, a "strategic analyst" for the conservative network said that Obama is a "total p*ssy who doesn't want to hurt our enemies" because of the president's refusal to launch another wildly expensive, futile military exercise like his predecessor, President George W. Bush's War in Iraq.

READ: Trump floats immediate end to Muslim immigration until we ‘can figure out what is going on’

Dash appeared on the show "Outnumbered," where she offered the opinion that Obama "didn't give a shit" about the speech he made on Sunday night.

Bill Shine, a senior executive vice president at the network said, "Earlier today, Fox contributors Lt. Col. Ralph Peters and Stacey Dash made comments on different programs that were completely inappropriate and unacceptable for our air."

"Fox Business Network and Fox News Channel do not condone the use of such language, and have suspended both Peters and Dash for two weeks," he said.