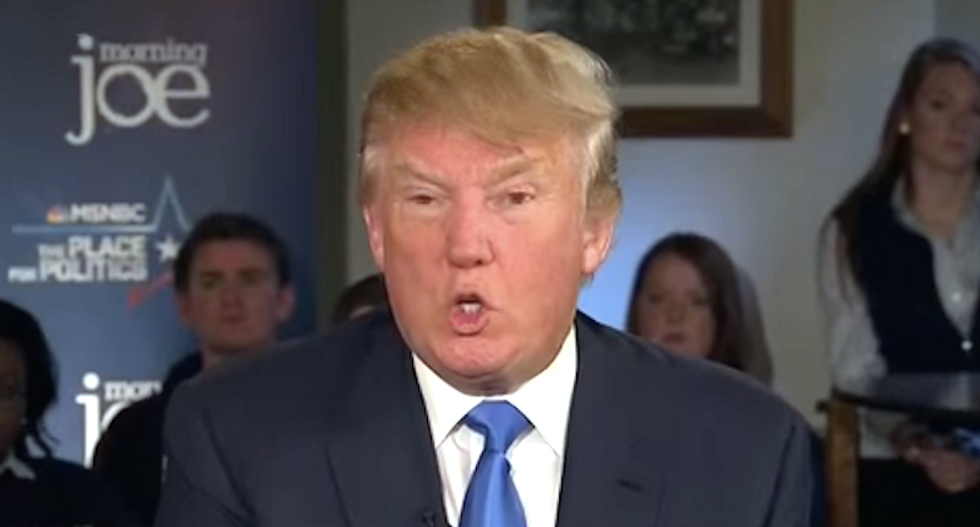 Republican presidential candidate Donald Trump has gone beyond opposing the entry of Syrian refugees to wanting to stop all Muslims from emigrating into the US, NBC News reported.

Trump's campaign said in a statement that he is calling for "a total and complete shutdown of Muslims entering the United States until our country's representatives can figure out what is going on."

The campaign used a study by the conservative Center for Security Policy to argue that "there is great hatred towards Americans by large segments of the Muslim population." The group, which is led by former Acting Assistant Secretary of Defense Frank Gaffney, and has claimed that there is a "global jihad movement" underway with the goal of installing "sharia law" around the world.

According to the statement, Gaffney's organization released a study stating that 25 percent of respondents felt that "violence against Americans here in the United States is justified as a part of the global jihad."

"Without looking at the various polling data, it is obvious to anybody the hatred is beyond comprehension. Where this hatred comes from and why we will have to determine," Trump stated. "Until we are able to determine and understand this problem and the dangerous threat it poses, our country cannot be the victims of horrendous attacks by people that believe only in Jihad, and have no sense of reason or respect for human life."

The statement does not mention that Gaffney hosted Trump and several other GOP candidates earlier this year for a "Tea Party Patriots" rally opposing the proposed nuclear weapons agreement between the US and Iran.

Trump stated earlier this year that he would deport any Syrian refugees if elected president. Last month he drew criticism for refusing to dismiss the idea of special "databases" for American Muslims.

Update, 5:52 p.m. EST: A spokesperson for Trump's campaign, Hope Hicks, heavily suggested to The Hill that his proposed immigration ban would also apply to American Muslims currently living outside the US.

"Demagogues throughout our history have attempted to divide us based on race, gender, sexual orientation or country of origin. Now, Trump and others want us to hate all Muslims," the Democratic presidential candidate said. "The United States is a great nation when we stand together. We are a weak nation when we allow racism and xenophobia to divide us."