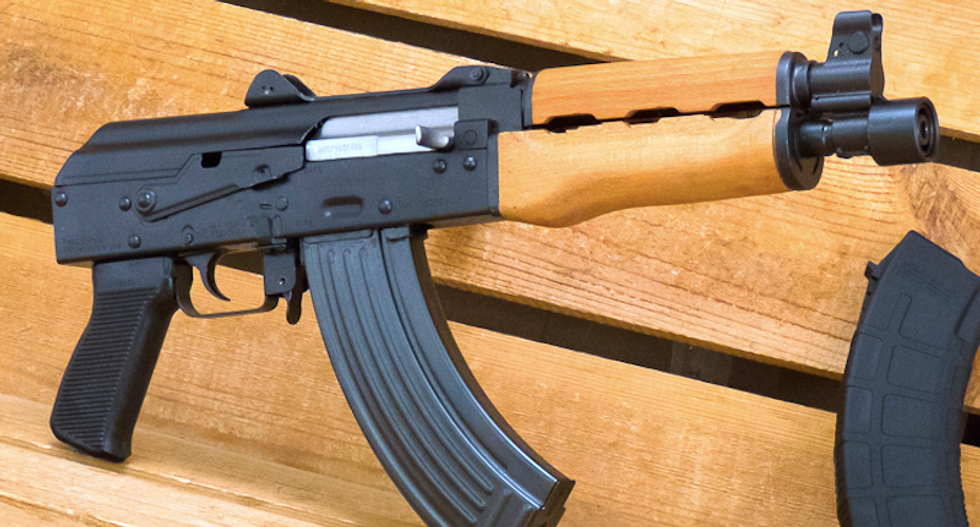 A gun linked to last month's Paris mass shootings has been traced back to a Florida arms dealer.

The serial number for a M92 semi-automatic pistol linked to the deadly Nov. 13 terrorist attacks matched one for a weapon delivered by the Zastava arms factory in May 2013 to Century International Arms in Delray Beach, reported the Palm Beach Post.

Michael Sucher, the owner of Century Arms, did not answer calls seeking comment Thursday and the doors to his shop were closed as TV news crews gathered outside.

Employees leaving the arms dealer's building did not comment on the case, and a woman who works next door said she had no idea the business dealt guns.

Century Arms buys and sells military-grade surplus guns -- with a specialty in buying weapons from overseas and reselling them to dealers -- and is one of the largest arms dealers in the U.S.

The company also holds a federal firearms license in Georgia, Vermont, to import and build guns and to import destructive devices such as large-caliber guns and armor-piercing ammunition.

Documents shared by WikiLeaks in 2011 showed Century Arms had illegally traded firearms with the help of "unauthorized brokers."

The Center for Public Integrity reported that same year that WASR-10 rifles manufactured for Century Arms in Romania had become a favorite of Mexican drug cartels.

John Rugg, a former police officer and longtime Century Arms employee, testified before a U.S. Senate committee in 1987 that the company had supplied rockets, grenades and other weapons to Nicaraguan rebels as part of the Iran-Contra scandal.

The export of firearms is heavily regulated, and weapons experts suggested the weapon may have been illegally transferred.

Century Arms sells to individuals or other businesses with a federal firearms license, and its website directs most retail traffic to a network of dealers.

But there are no restrictions on who can obtain those licenses.

The owner of the Zastava arms factory in Serbia that delivered the rifle to Century Arms said his company did not sell weapons to terrorists.

“Here’s where the weapons ended, there’s the data," said arms dealer Milojko Brzakovic. "Zastava cannot be blamed for where it went afterward. Wherever there are wars, there are bigger possibilities for abuse and to hide the channels for guns (and) they end up where they shouldn’t."