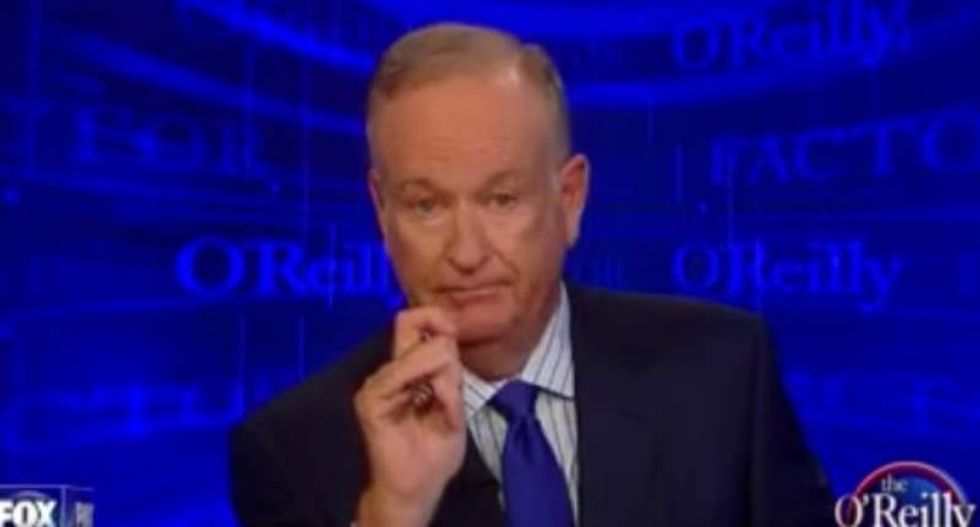 There has never been a war on Christmas, but the war over Christmas is now very real. What began as a bit of conservative self-parody has now leaked into the larger culture, and a bogus grievance conjured up by the charlatans at Fox News has been almost universally embraced by the right. It's now a legitimate front in the culture wars. And the irony is that ordinary people who wouldn't think twice about offering a cheery “merry Christmas” just a few years ago are now hesitant to do so for fear of offending people who would never have even thought to take offense.

Now, the war on Christmas wasn't always a joke. According to journalist Daniel Denvir, it was first created by anti-Semites in the 1920s as a way of attacking what they saw as an international Jewish conspiracy. Then it was briefly brought back to life in the mid-1950s by the far-right John Birch Society, which posited that the United Nations was targeting Christmas to advance the cause of global communism.

It then lay dormant until around 2004, when Bill O'Reilly, Sean Hannity and a handful of Christian conservatives created the war on Christmas that we know today. They spun corporate America's profit-driven tendency to wish consumers an inclusive "happy holidays” into a plot by godless liberals to banish Christianity from our holy shopping malls.

O'Reilly claimed that “It’s all part of the secular progressive agenda... to get Christianity and spirituality and Judaism out of the public square.” Jews were understandably confused by that remark, but Billo helpfully explained: “If you look at what happened in Western Europe and Canada, if you can get religion out, then you can pass secular progressive programs, like legalization of narcotics, euthanasia, abortion at will, gay marriage, because the objection to those things is religious-based, usually.”

In 2005, John Gibson, who at the time was the host of “The Big Story” on Fox News, released his book, The War on Christmas: How the Liberal Plot to Ban the Sacred Christian Holiday Is Worse Than You Thought, which offered a few anecdotes of hapless small-town mayors or school administrators putting the kibosh on nativity scenes on public property. But a study by Media Matters released just before Christmas that year found that most mainstream media outlets were treating the whole thing as a big joke.

Liberals, most of whom couldn't give a crap whether you wished them a merry Christmas or a happy holidays or a joyous Kwanzaa, had some fun with it. Progressive blogs ran a bunch of tongue-in-cheek dispatches from the frontlines of the war. Tales of harrowing firefights at the North Pole and militia movements behind the Estee Lauder counter became a mainstay.

There were even parodies of Ken Burns' “Civil War”...

But in late 2005, the Heritage Foundation -- arguably the premier conservative think-tank – hosted a forum with Gibson titled, “The War on Christmas: How the Liberal Plot to Ban the Sacred Christian Holiday is Worse Than You Thought.” The right-wing Liberty Council – the legal aid group that defends homophobic county clerks and other bigots – established the “Friend or Foe Christmas Campaign” and started publishing a “Naughty or Nice” list of retailers so that true believers could buy their Christmas schlock at a store that takes conservative political correctness seriously. The right's ludicrous Christian persecution fantasies had gained some traction, and their trumped up war on Christmas became a handy piece of evidence supporting those claims of Christian victimhood.

When Heritage hosted its forum, I wrote that the the fact that “the right's legion of pseudo-scholars are picking up the banner means the War on Christmas meme has become assimilated across the whole of the Borg-like conservative hive.” I argued that “it's only a matter of time before this becomes a real, potent cultural issue that is taken seriously by many, many people. Think about it: they're trying to steal Christmas!” And in the past few years, that prediction has been proven correct. Christmas greetings are now an important tribal identifier.

Today, the Christmas war isn't just being fought by conservative communities that put up signs letting travelers know that they say Merry Christmas -- and “if this offends you … LEAVE!” It's not just right-wing law-makers threatening to slap the next person who wishes them a happy holiday – or Salvation Army volunteers actually getting socked for their heretical greetings. In a society as polarized as ours, it was inevitable that some people on the left would take the bait, so in recent years we've seen battles over Pastafarian holiday displays, LGBT Festivus Poles and of course the epic trolling of the Satanic Church.

But it was at my local watering hole this week that I realized that people who don't pay much attention to politics now believe that there's a serious controversy swirling around the aisle where they stock the Hallmark cards. When she was asked why one of their Christmas-themed drink specials had been renamed, a bored looking bartender in a Black Sabbath t-shirt gave a shrug and said, “political correctness, I guess.” This followed a well-meaning clerk at a local grocery store asking me what holiday I celebrated so she could offer me the appropriate salutation.

So mission accomplished, religious conservatives. You've successfully politicized a benign holiday greeting that secular humanists and atheists and Jews and Muslims and Zoroastrians used to happily exchange without a second thought. You got your war on Christmas. Now have a happy damn holiday.