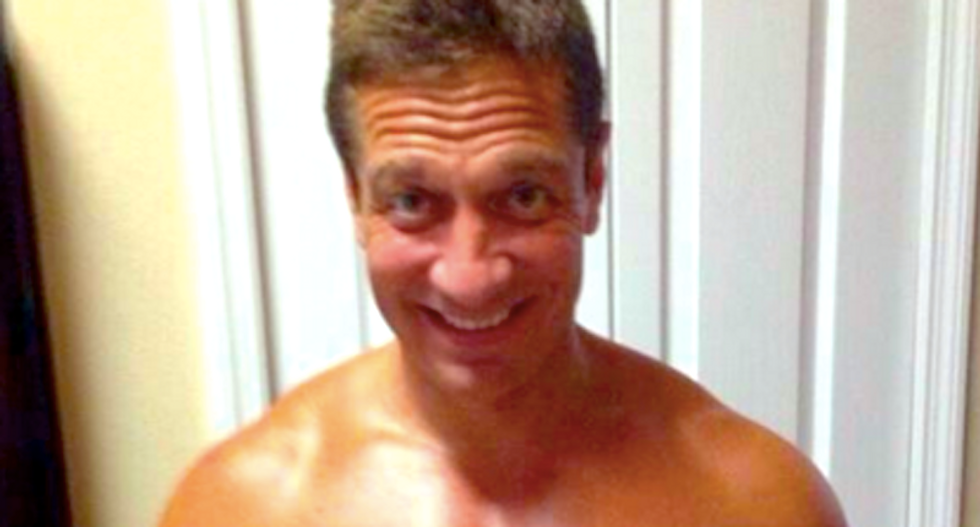 A Florida elementary school canceled its holiday program over escalating threats made by a parent who is obsessed with clean drinking water.

The parent, Joseph Gilberti, threatened on social media and in online videos to hang elected officials and jail school officials for conspiring to cover up alleged cancer-curing benefits of clean water, reported WZVN-TV.

He posts prolifically on Twitter about his concerns with water usage, masculinity and Illuminati conspiracy theories, along with criticism of President Barack Obama, former House Speaker John Boehner and federal officials who conducted the Boston Marathon bombing investigation. 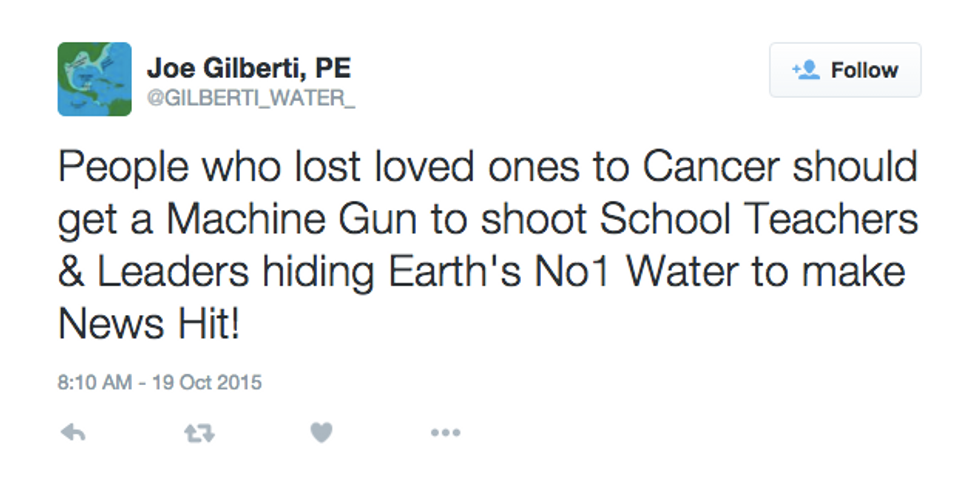 Gilberti details his obsessions in a series of YouTube videos, and he also airs his concerns with poisonous drinking water while standing outside local shops, handing out business cards.

A spokeswoman for the Lee County School District said the 46-year-old Gilberti began harassing teachers and administrators earlier this week at Fort Myers Beach Elementary School and then at a high school.

Administrators canceled a holiday program scheduled for Thursday night over concerns the parent would create a disturbance.

The students will be allowed to perform their rehearsed routines during school Friday, and parents will be able to watch it later on the school's website.

Gilberti has not been charged, but school security officers and law enforcement are monitoring the situation.

Other parents were disappointed with the decision to call off the holiday program, but they understood the decision.

"It's hard to understand why somebody would try and ruin such a good thing," said parent Christine Soto. "I completely trust the judgment of the school, and I appreciate actually that they're doing this. I wouldn't have it any other way. I know that once they're in and behind those gates they are as safe as if they were to be home with me."

Gilberti was arrested in December 2006 for stalking, and the elementary school principal is reviewing how he was able to walk into the school building to confront employees.

Sheriff's deputies conducted an investigation after an anonymous call to the Department of Children and Families, and Gilberti's wife said their children were not removed from their care.

Gilberti claims to have found an aquifer beneath his family's ranch in Sarasota, and he's apparently angry with government officials and business leaders because they won't approve his proposal to build a 300-mile pipeline to deliver the water to south Florida, where he grew up.