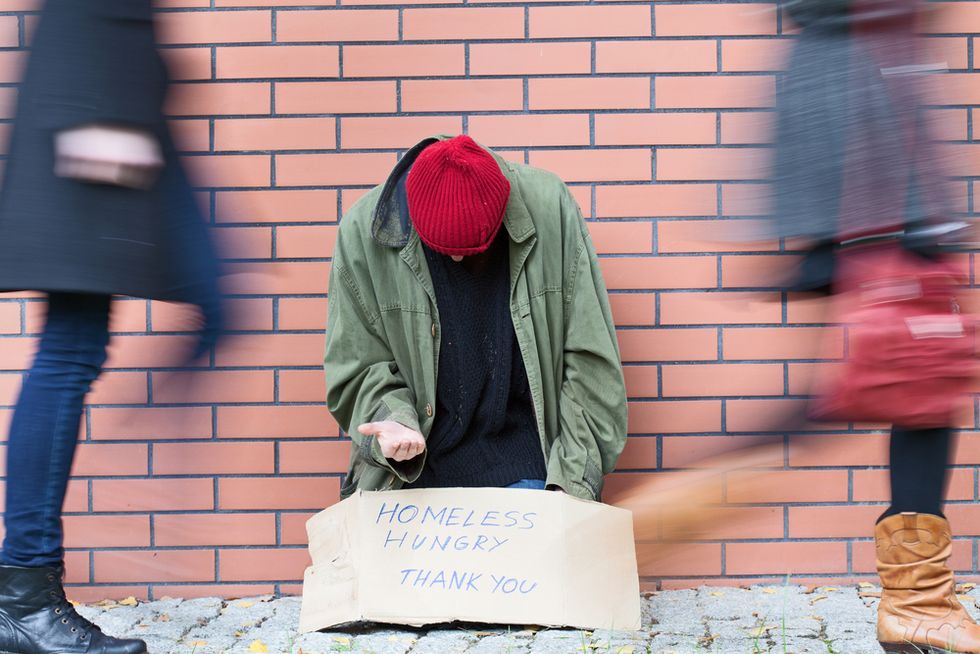 The economic hoarding by those at the top has been termed “income inequality”, but that’s neither a strong nor accurate enough phrasing. I have never heard poor people complain about “income inequality”; poor people complain about being screwed out of housing , or about working more hours for less pay or about having to choose between medicine and food .

“Inequality” sounds like something that happens by accident and can be remedied by fiddling around the edges. It is not as if the rich are a little more equal and the poor a little less equal, and if we shift a bit we’ll all come out in the middle. What we’ve been calling “income inequality” might be better understood as a war waged by US political and economic policy on the poor.

A new report from the Institute for Policy Studies issued this week analyzed the Forbes list of the 400 richest Americans and found that “the wealthiest 100 households now own about as much wealth as the entire African American population in the United States”. That means that 100 families – most of whom are white – have as much wealth as the 41,000,000 black folks walking around the country (and the million or so locked up) combined.

Similarly, the report also stated that “the wealthiest 186 members of the Forbes 400 own as much wealth as the entire Latino population” of the nation. Here again, the breakdown in actual humans is broke down : 186 overwhelmingly white folks have more money than that an astounding 55,000,000 Latino people.

The disparities in wealth that we term “income inequality” are no accident, and they can’t be fixed by fiddling at the edges of our current economic system. These disparities happened by design, and the system structurally disadvantages those at the bottom. The poorest Americans have no realistic hope of achieving anything that approaches income equality; even their very chances for access to the most basic tools of life are almost nil.

President Lyndon Johnson’s so-called War on Poverty didn’t angle to take anything from the rich so that the poor could see equality. It was designed to keep some of the poor just alive enough that they wouldn’t rebel, and designed to let other poor people perish as an object lesson to the rest of us to keep scampering.

Income inequality is better termed structural racism. White people earn more money with less education than black people and consistently have half the unemployment of black people. And, as new research has shown, “family wealth” predicts outcomes for 10 to 15 generations. Those with extreme wealth owe it to events going back “300 to 450” years ago, according to research published by the New Republic – an era when it wasn’t unusual for white Americans to benefit from an economy dependent upon widespread, underpaid black labor in the form of slavery.

Income equality is better viewed as structural child abuse. In the United States, one in five children needs government help to eat. As Aisha Sultan recently wrote in the Education Writers Association, if a 30-child classroom looked like the nation at large, seven of the children would be living in poverty, six would be victims of abuse and one would be homeless. These kids aren’t just unequal; they are never offered the opportunity to achieve equality.

Income inequality is better viewed as economic genocide, which shortens the lives of the poor. As the New York Times bluntly put it last year, “where income is higher, life spans are longer”. For one of the most jarring examples of how this plays out, look no further than the Ferguson Report , which shows how just in St Louis County, the average life expectancy ranges from 91 in the whitest neighborhood to 56 in the poorest, blackest neighborhood.

Too often, the answer by those who have hoarded everything is they will choose to “give back” in a manner of their choosing – just look at Mark Zuckerberg and his much-derided plan to “give away” 99% of his Facebook stock. He is unlikely to help change inequality or poverty any more than “giving away” of $100m helped children in Newark schools.

Allowing any of the 100 richest Americans to choose how they fix “income inequality” will not make the country more equal or even guarantee more access to life. You can’t take down the master’s house with the master’s tools , even when you’re the master; but more to the point, who would tear down his own house to distribute the bricks among so very many others?