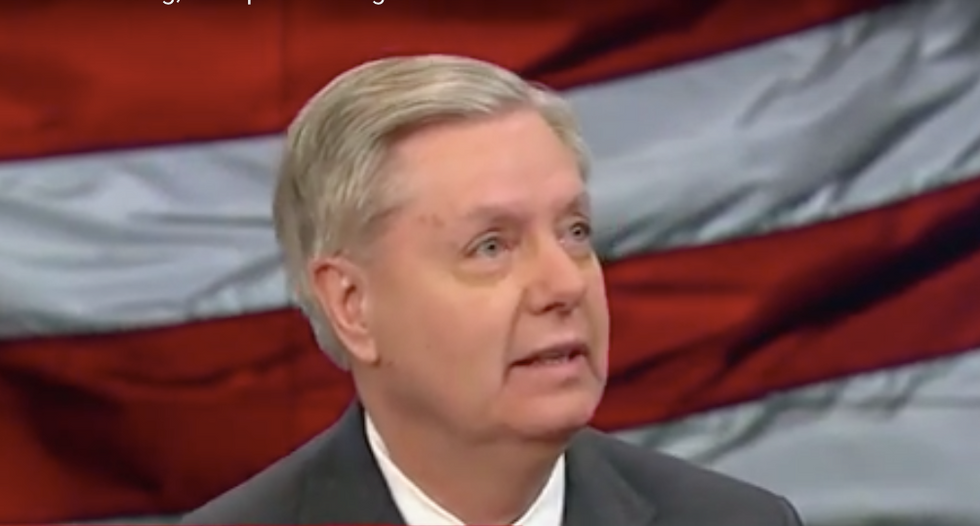 In an interview with CNN's New Day, Graham told host Alisyn Camerota that if voters want to "make America great again," they should "tell Donald Trump to go to hell."

"What is your reaction to hearing what Donald Trump says?" Camerota asked Graham.

Trump has come under heavy fire from critics since he declared that as president he would block all adherents to the Muslim faith from entering the country.

"I want to talk to the Trump supporters for a minute," Graham said on Tuesday.

"I don't know who you are and why you like this guy," he said, adding that perhaps Trump fans are drawn to him because he appears strong and has a record as a successful businessman and because of that, "He's going to take all of the problems of the world and put them in a box and make your life better. That's what he's selling."

"He's the ISIL Man of the Year," said Graham. "The enemy will use that rhetoric against us" to recruit members into radical Islamic extremism.

To "win this war" against extremists, Graham said, the U.S. and the west must persuade young Muslims to reject radicalism, not punish millions of people for their faith.

"And do you know how you make America great again?" he concluded. "You tell Donald Trump to go to hell."