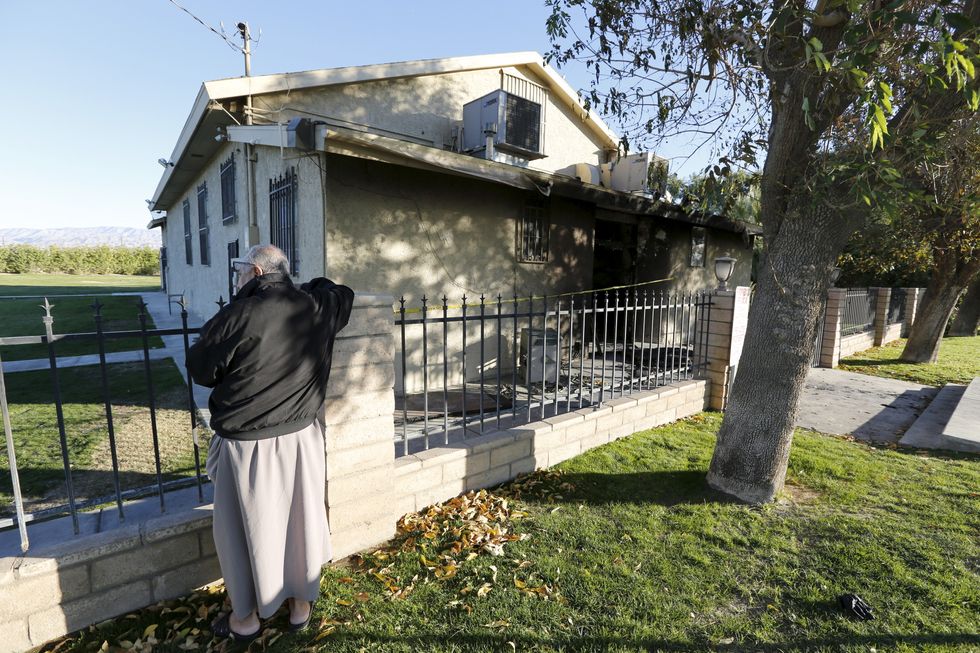 A member of the Islamic Society of Coachella Valley stands watch December 12, 2015 after a fire burned the lobby of the building. A fire that broke out at the Southern California mosque on Friday appears to have been intentionally set and is being investigated as a possible hate crime, the Riverside County Sheriff's Department said. REUTERS/Sam Mircovich

A 23-year-old man was in jail on Saturday, a day after he was arrested on suspicion of carrying out a hate crime and arson, online jail records showed, and the Los Angeles Times reported that the arrest was in connection with a fire at a Southern California mosque.

The Times said the fire was set at a Riverside County mosque. The paper, citing jail records and anonymous law enforcement sources, identified the man as Carl Dial.

Representatives for the Riverside County Sheriff’s Department, which is leading the investigation into the fire on Friday at the Islamic Society of Coachella Valley, could not immediately be reached for comment.

Online jail records for Dial showed he was arrested on Friday on suspicion of commission of a hate crime, arson, maliciously setting a fire and burglary.