Muslim Rep. André Carson: I got a death threat because GOP is 'fanning the flames' 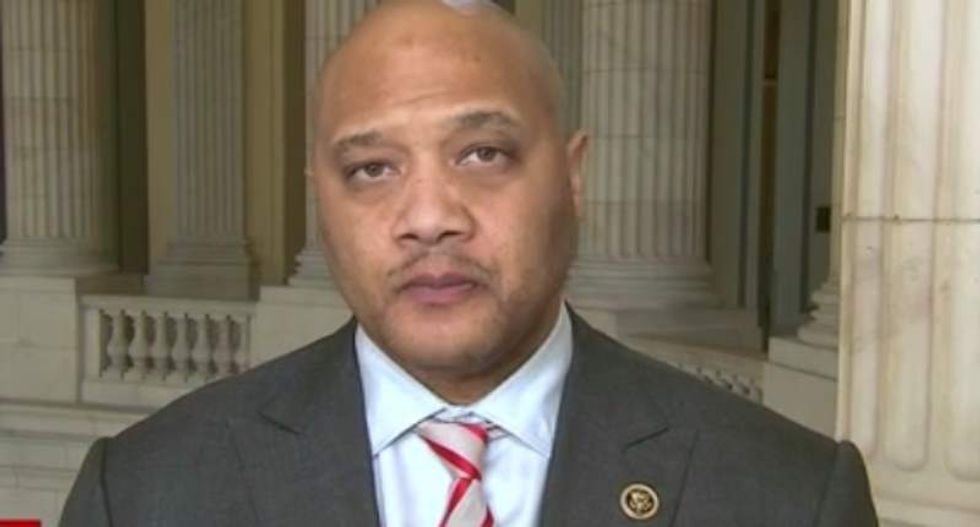 Rep. André Carson (D-IN) blamed conservatives' anti-Muslim rhetoric on Tuesday for the latest threat against his life during an interview with CNN host Jake Tapper.

"You are putting people -- i.e. Muslims, Sikhs, Hindus, and others -- into the line of fire, exposing them to death threats, discrimination in the workplace, and assaults," Carson told Tapper. "I just received a death threat yesterday in my own office, and it's largely [due] to this toxic environment, and politicians are fanning the flames. To me, it's unacceptable."

According to the Indianapolis Star, the threat is one of dozens Carson has received since being elected in 2008. His chief of staff, Kim Rudolph, said that an investigation into the threat has begun.

"It's always a concern when someone goes through the effort of announcing that they want to do you bodily harm," she said. "But at no time has it stopped him from doing the people’s work."

Carson made his revelation while criticizing Republican front-runner Donald Trump's proposal to ban all Muslim immigration into the US, which has sparked a backlash from both GOP and Democratic officials against the real estate mogul.

"I've met Mr. Trump before; he's a smart man, but his statements concern me," Carson said. "I think that Mr. Trump has proven himself to be a modern P.T. Barnum. He generates a lot of excitement and his poll numbers go up, but he hasn't presented a real agenda to lead this country."

Carson and with Rep. Keith Ellison (D-MN) are the only two Muslim federal lawmakers in the US.

Watch the interview, as aired on CNN, below.