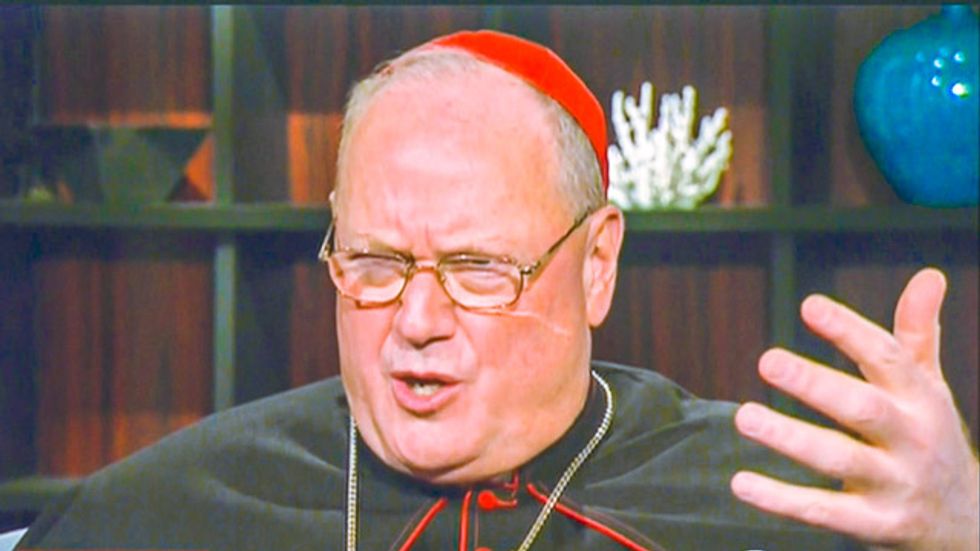 A 53-year-old New York City priest was sued for allegedly stealing $1 million in church funds to use on an illicit same-sex relationship -- which was then covered up by Cardinal Timothy Dolan and church officials, the New York Daily News reported.

The lawsuit accused Rev. Peter Miqueli used the money on $1,000-an-hour sex sessions with a man identified as Keith Crist, an ex-bodybuilder and sex worker who insisted on being called "Master" during their encounters. Miqueli also allegedly used the money to pay $264,000 for a New Jersey home the two men shared, as well as vacations in Italy and Florida and rent for a $1,000-a-month Park Avenue apartment used by Crist.

Crist allegedly informed church officials regarding the relationship, leading to the lawsuit being filed by parishioners at Miqueli's former church, St. Francis Cabrini, and St. Frances de Chantal Church, where he is currently still listed as the pastor.

"First and foremost, we want his removal as pastor — here or anyplace in the archdiocese," said the parishes' attorney, Michael Dowd. "He is like a cancer and the best thing to do with cancer is to cut it out."

While Miqueli has referred all requests for comment to the Archdiocese of New York, Crist's ex-girlfriend Tatyana Gudin, reportedly alerted Dolan and other archdiocese officials in several emails explaining what she knew about Crist's relationship with the pastor. Both Dolan and the archdiocese were named as defendants in the suit alongside Crist and Miqueli.

Dolan has made numerous public statements opposing same-sex marriage during his tenure atop the archdiocese. His spokesperson, Joseph Zwilling, said the organization has "taken these allegations seriously."