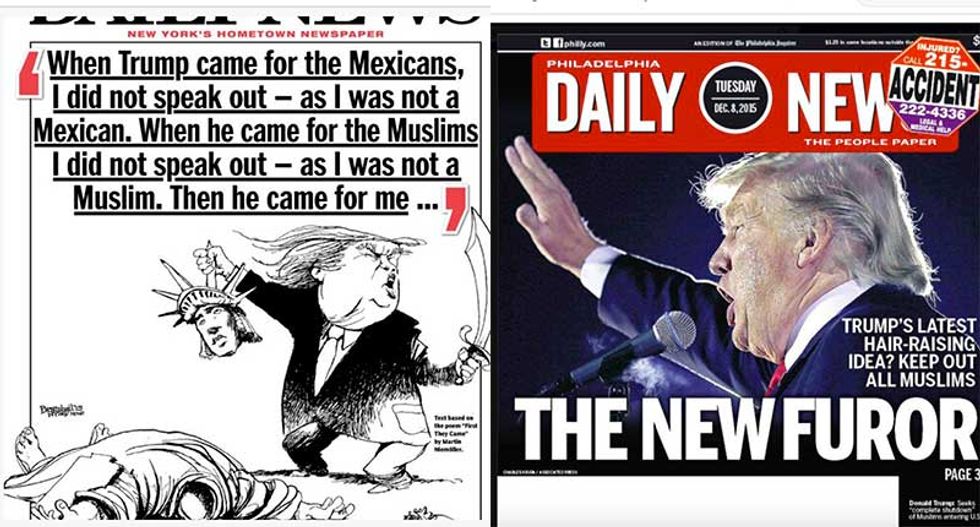 The New York Daily News and Philadelphia Daily News both depicted Republican front-runner Donald Trump in a historically bad light in the covers to their most recent issues.

The New York publication's cover shows the real estate mogul wielding a scimitar after beheading the Statue of Liberty, a clear reference to the Islamic State terrorist group. That cover can be seen in full below:

That cover came a day after the Philadelphia Daily News used the phrase "THE NEW FUROR" in its cover, with a picture of Trump standing with his arm raised in a gesture unintentionally reminiscent of the Nazi salute. That cover can be seen here: