Pussy Riot singer: Voting for Trump is a 'short way from joke to sad reality' if you want a 'crazy president' 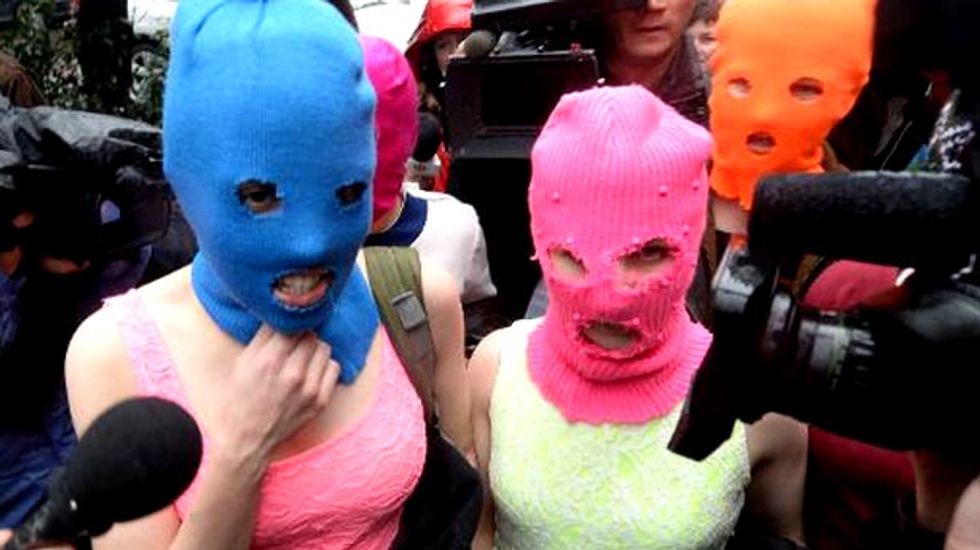 In an interview with the Huffington Post, Maria Alekhina of the Russian punk band Pussy Riot cautioned Americans to take Donald Trump's buffoonish presidential run seriously, saying Russians failed to do so with Putin, leading to his rise and the political crackdowns that followed.

“Everybody [is] joking about Donald Trump now, but it’s a very short way from joke to sad reality when you have a really crazy president speaking about breaking every moral and logic norm,” the performer and political activist said. “So I hope that he will not be president.”

“When Putin came to his first term or second term, nobody [in Russia] actually thought that this is serious,” she continued “Everybody was joking about it. And nobody could imagine that after five, six years, we would have a war in Ukraine, annexation of Crimea, and these problems in Syria.”

Alekhina also took the U.S. media to task for promoting the flamboyant and over-the-top campaign of Trump in pursuit of ratings and Internet clicks.

“You have to seriously think about giving a microphone and opportunity of public speaking to persons like Donald Trump,” Alekhina said. “Because we have so many serious problems, and to follow and comment [on] every word of this man is really not the best idea.”

As a member of the highly political Pussy Riot, Alekhina was sentenced to two years in prison on charges of “hooliganism motivated by religious hatred” after the band performed in Moscow’s Cathedral of Christ the Saviour.