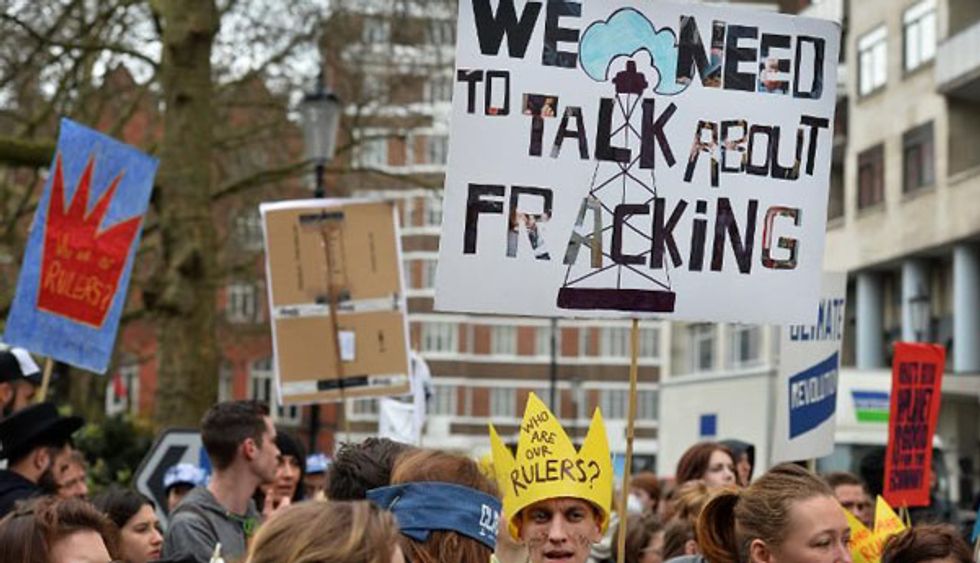 The British Columbia Oil and Gas Commission has released a report stating that a  4.6 magnitude earthquake that rocked northeast British Columbia in August was caused by fracking and may be the largest earthquake on record to be attributed to the controversial energy extraction process.

According to the Digital Journal, the commission noted that the epicenter of the earthquake that struck on August 17, 2015 was close to a fracking site operated by Progress Energy Canada Ltd.

Honn Kao, a research scientist with Geological Survey of Canada, stated that the quake is likely be the largest fracking-caused earthquake in the history, saying, "If this is proven to be linked to hydraulic fracturing, this would be a world record in terms of size. In theory, a bigger injection of fracking fluid can certainly trigger a bigger quake."

Opponents of fracking -- where a mixture of water, sand and various chemicals is pumped into the ground at high pressure to create fissures in the shale through which natural gas and oil can escape -- have long complained of geological damage outside of the ravaged landscapes from the leftover effluvia.

In Oklahoma, where fracking has become common, state authorities issued a report saying that the state has experienced 585 magnitude 3+ earthquakes in 2014 compared to 109 events recorded in 2013.

According to the Oklahoma Geological Survey, "The majority of recent earthquakes in central and north-central Oklahoma are very likely triggered by the injection of produced water in disposal wells."

Back in Canada, OGS Chief Operating Officer Ken Paulson said that Progress Energy Canada Ltd. followed regulations and stopped operations as soon as the magnitude was known, adding,"We allowed them to continue operations with a reduced pump rate, but if another event were to occur of 3.5 or greater, you have to shut it down again and we’ll try something different."