Rep. Steve King smears Muslim colleague behind his back -- and acts like nothing happened moments later 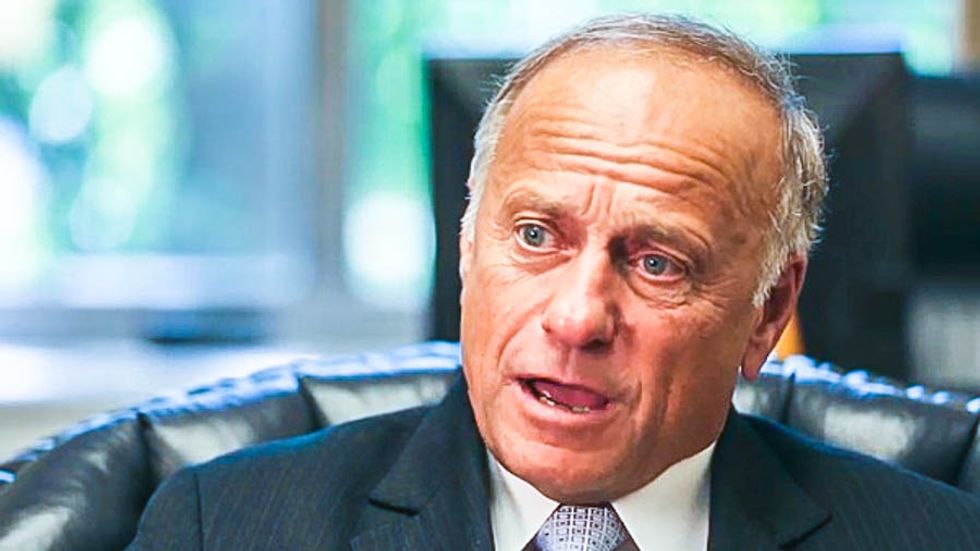 "You won't get Keith Ellison or Andre Carson in this Congress to renounce Sharia law," King said during an interview regarding Donald Trump's proposed blanket ban on immigration for Muslims. "Let alone somebody that's just come out of the Middle East that is someone who has been steeped in Islam for a lifetime."

According to TPM, Ellison was nearby at the conclusion of reporter Lauren Fox's interview with King. The two reportedly shook hands, but it is unclear whether King informed the Minnesota Democrat about his accusation.

Ellison responded in a separate interview, calling it "an incredibly ignorant statement."

He added, "When I say ignorant I don't mean it as an insult, I mean it as it is incredibly uninformed. That is all I can really say."

In supporting Trump's proposal, the Iowa Tea Party legislator said that the first thing any prospective immigrant from the Middle East should do is "renounce Sharia law."

His remarks came a day after Carson revealed that he had received a death threat, which he attributed to anti-Muslim statement from Trump and other conservatives.