Republican strategist: Some GOP House and Senate candidates will flee convention if Trump is the nominee 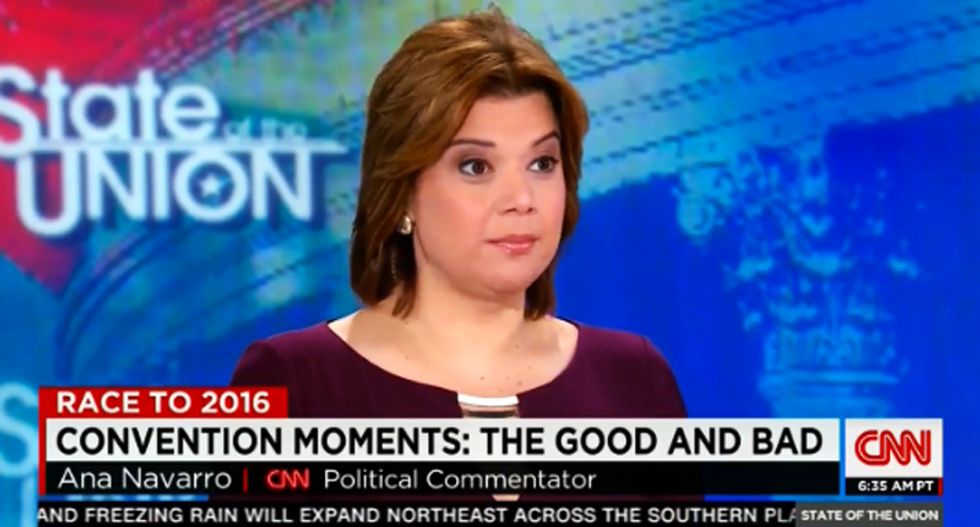 Saying a Donald Trump presidential nomination will bring out "the unusual suspects" at the GOP convention in Ohio this summer, a Republican strategist said down-ticket candidates running for Congress will skip the convention altogether to avoid being linked to the controversial frontrunner.

Appearing on CNN's State of the Union, Ana Navarro -- who doubles as a CNN analyst -- told host Jake Tapper that a Trump nomination is "going to put a lot of us in a funky mood."

"I think you're going to have a bunch of unusual suspects at the convention if it ends up being Donald Trump," she explained. "You know I've said that a Donald Trump nomination would be very bad for some of the senators, some of folks running statewide in some of the purple and blue states. People like [New Hampshire senator] Kelly Ayotte and [Ohio senator] Rob Portman. I’m not sure how much of the traditional Republican mainstream usual suspects who go to a convention you would see if that’s the case.”

Pressed by Tapper to predict whether candidates would avoid the convention, Navarro reiterated her point, adding Ted Cruz's name for good measure.

"I think you're going to see some of the folks running in blue and purple states running away from our nominee if it is Donald Trump, maybe even Ted Cruz," Navarro asserted.