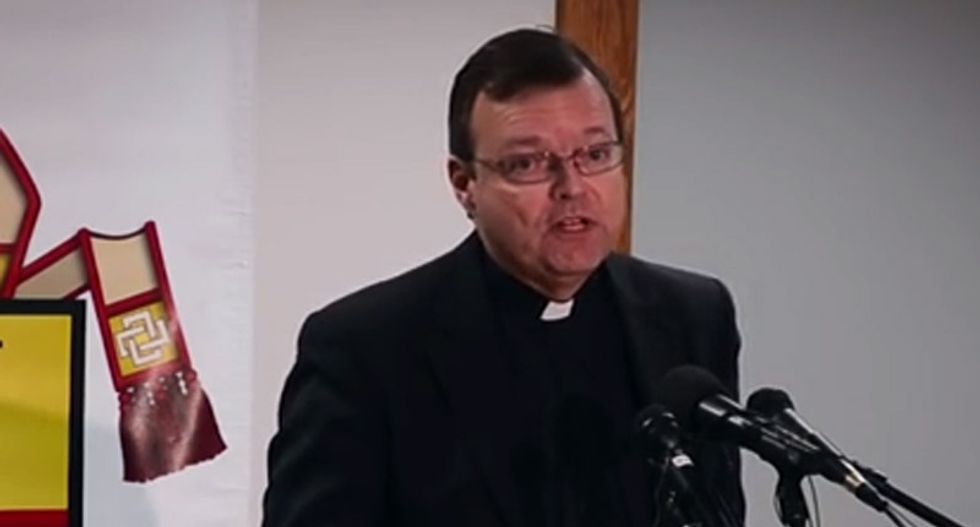 A group representing victims of sexual abuse at the hands of Catholic priests has blasted the San Diego Catholic Diocese for appointing a priest who admitted to destroying documents detailing sexual assaults to oversee their sex abuse hotline.

Likening him to "an admitted embezzler [who] shouldn’t oversee bank accounts," Melanie Sakoda of SNAP (Survivors Network of those Abused by Priests) said Fr. Steven Callahan shouldn't be allowed to "oversee abuse reports."

Callahan is listed as the Victims' Assistance Coordinator on the Roman Catholic Diocese of San Diego website -- with a phone number to call the priest as well as an email address.

In a court deposition in 2007, after approximately 150 men and women filed suit against the San Diego diocese over sexual abuse claims, Callahan admitted to destroying documents in the early 90's implicating a fellow priest.

According to the San Diego Union Tribune, Rev. Emmanuel Omemaga fled to his native Philippines in 1993 after admitting to Callahan that he had molested a 14-year-old girl.

Callahan claimed that he had urged Omemaga to turn himself in to the police before he left the country.

According to attorney Irwin Zalkin, who was representing about third of the victims, Callahan admitted under oath that he destroyed personnel files in the early 1990s, with Zalkin calling it evidence of a cover-up.

“He claims he was following Canon Law, but no one in the diocese destroyed these records till he came along,” Zalkin claimed before adding, "They came in and destroyed priests' confidential files, they destroyed important seminary records and engaged in a cover-up that precluded people trying to prove up their claims.”

The revelations about San Diego Catholic priest abuse came to light eight months after the Boston Globe dropped their bombshell investigation into the sexual abuse cover-up, detailed in the recent film "Spotlight."

Callahan survived the controversy and thrived within the local diocese, becoming the interim head of the diocese following the death of former Bishop Cirilo B. Flores in late 2014.  Callahan handed the reins over to current Bishop Robert W. McElroy in March of this year.

Callahan is now listed on the Diocese website in the number two position, as the Vicar General and Judicial Vicar in addition to other duties within the church.

SNAP is calling for Bishop McElroy to relieve Callahan of his duties involving claims of sexual abuse.

"When nuns or priests are assigned to these hotlines, we believe church officials are using them to keep abuse reports quiet,” said Tim Lennon of SNAP in an emailed statement."If they sincerely want victims to call and get help, bishops would have lay social workers—not ordained clerics or lawyers—respond to these deeply wounded and mistrustful individuals.”

“Bishop McElroy has no excuse for putting Callahan in charge of the hotline. A simple Google search or a quick chat with Catholics would show what a bad idea Callahan’s new job is."