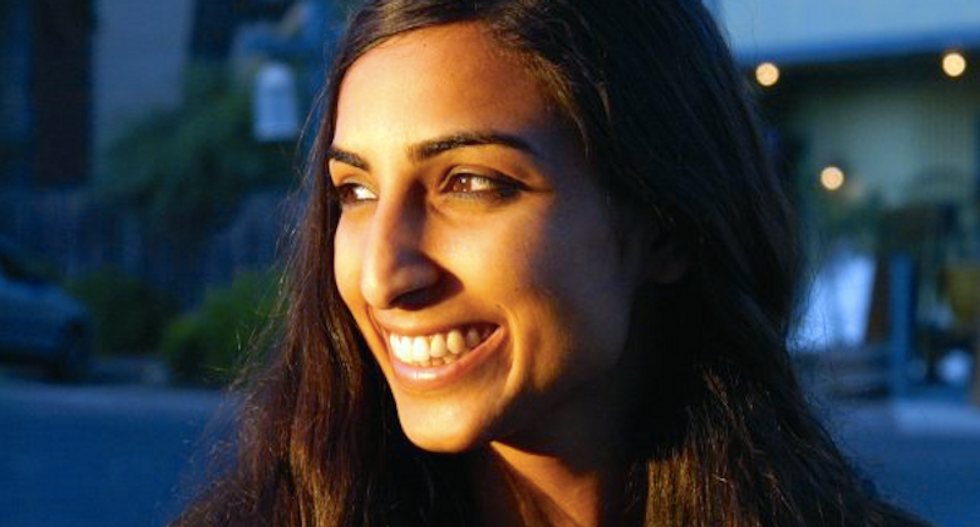 A Sikh woman said she was asked to show her breast pump to fellow passengers on a Delta Air Lines flight to prove she wasn't a terrorist.

Valerie Kaur, an attorney and filmmaker who regularly appears on MSNBC, said she was waiting to board a flight to Los Angeles when she removed the luggage tag on her carry-on bag, where she kept her breast pump.

"The passenger behind me raised his voice," Kaur wrote on her Facebook page. "I turned around. He was a white man and his face was angry. He asked why I removed the tag. I offered to explain but he said he didn't want to know."

She said the man instead raised his suspicions with other passengers in line, and an "alarmed and angered" gate agent questioned her.

"I explained that I was a nursing mother, but she still didn't let me board with my bag," Kaur said. "Her face was just as angry. I had to pull out the breast pump to show her. Only then was I allowed to take my seat. All the passengers in first class watched and I smiled weakly to show them I wasn't a terrorist."

Kaur said she was "shaken" as she flew home to celebrate her son's first birthday.

"I'm thinking of the countless subtle acts of profiling of Muslim, Sikh and brown bodies in the last 14 years," she said.

Kaur updated her post to note that a Delta representative had contacted her through Twitter and offered an apology, and she pointed out that the rest of the flight crew was professional and respectful.