Tennessee school wins right to ban gays and women who've had sex: 'This is who we are' 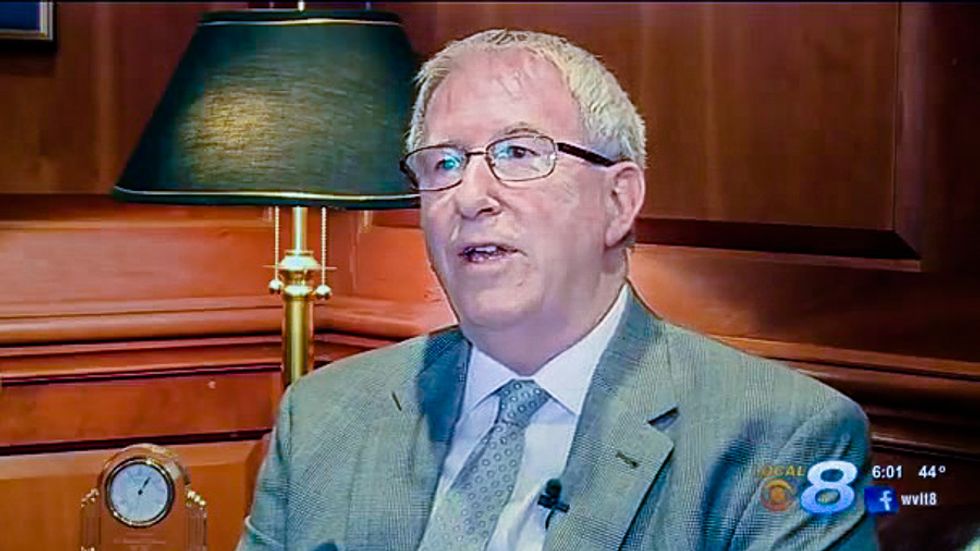 A Tennessee university has been granted the right by the federal government to ban students who go against their interpretation of Christianity.

Carson-Newman University President Dr. Randall O'Brien told WVLT that he had filed for a Title IX exemption from the federal government because his attorney recommended it.

The waiver allows the school to ban pregnant students, women who have had an abortion, single mothers, LGBT students and anyone else who does not fit their religious ideology.

During an interview with WVLT, O'Brien struggled to explain why Carson-Newman needed a waiver in the first place.

"You're the president," WVLT's Lauren Davis noted. "You're not going to file something unless you understand it."

"Yeah, I understood that our legal counsel said that this would further establish our identity as a religious school, a Christian school."

But when Davis pointed out that the purpose of the waiver was to allow the school to discriminate, O'Brien disagreed.

"I don't know how it would be," the president insisted.

"Then why file the waiver?" Davis pressed.

"Yeah, that's a good question," O'Brien admitted. "I believe he felt that it might strengthen our position in relation to First Amendment rights. I don't really know why something would be necessary beyond that. That was his counsel and we followed the template."

In fact, WVLT reported that the same attorney had filed religious waivers for about a dozen other schools across the country.

According to The Column, the use of religious waivers have been rare since Title IX was passed in the 1970s to fight discrimination based on sex. But in the last year, dozens of schools have applied -- and received -- exemptions to Title IX protections.

As for Carson-Newman, O'Brien promised that the school would not discriminate against any student in the coming school year.

Watch the video below from WLVT.