Texas Christian claims she diverted tornado to another neighborhood: ‘God had given us authority over the winds’ 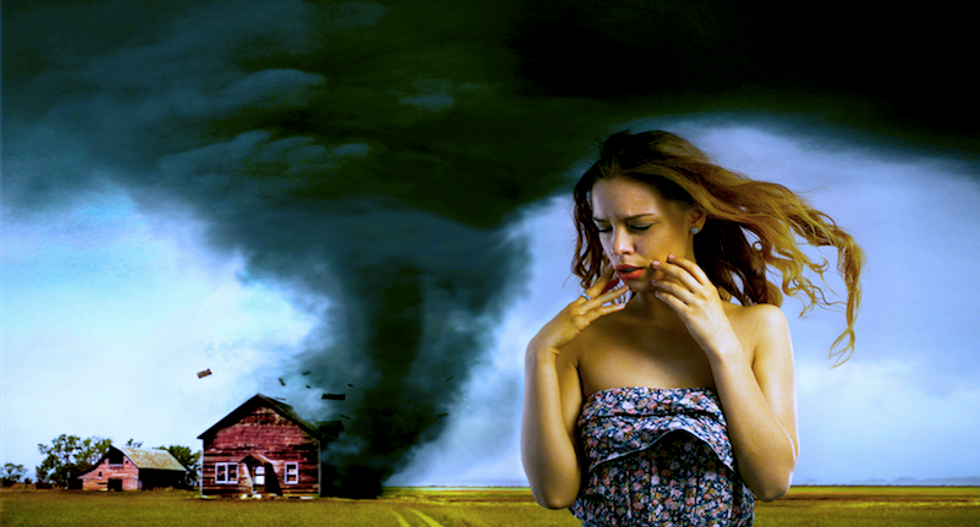 A Texas woman says her Christian faith gave her the power to redirect a tornado away from her home.

Sabrina Lowe, of Rowlett, said 10 family members were visiting her apartment Saturday when they heard the distinctive train noise of the approaching tornado, reported NPR.

"We actually went outside and started commanding the winds, because God had given us authority over the winds, the airways," Lowe said. "And we just began to command this storm not to hit our area. We spoke to the storm and said, 'Go to unpopulated places.' It did exactly what we said to do, because God gave us the authority to do that."

The EF4 tornado, with wind speeds up to 180 mph, was among nine confirmed tornadoes that swept through the Dallas area, killing 11 people and destroying more than 1,000 buildings.

The tornado killed eight people and destroyed about 600 buildings in nearby Garland as the storm barreled north from Sunnyvale to Rowlett, where Lowe lives.

No one was killed in Rowlett, but the tornado damaged or destroyed about 450 buildings.

Listen to the entire report posted online by NPR: