These 14 large police departments only killed black people this year 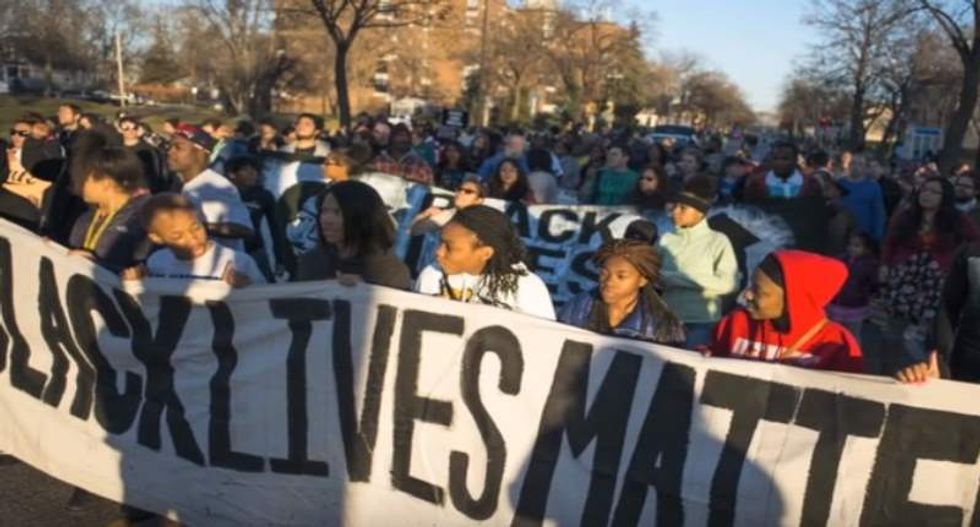 Police in the U.S. have killed at least 1,152 people this year so far -- and there's no evidence that violent crime has any relationship to police violence.

At least three people are killed every day by police, but it's nearly impossible to find exact figures for police violence because it's unclear whether law enforcement agencies are complying with the federal Death in Police Custody Act passed last year.

Activists with Black Lives Matter have been tracking available data and released a "Mapping Police Violence" report Monday that shows nearly a quarter of all police killings this year were by officers in the nation's 60 largest cities -- which hold about 17 percent of the U.S. population.

Those 60 police departments disproportionately killed black people -- who make up 41 percent of the victims despite being only 20 percent of the population in those jurisdictions.

Only five of the 60 largest police departments killed only whites.

Of the 60 departments reviewed, only the Riverside, California, Police Department did not kill anyone this year.

The researchers from Campaign Zero found no correlation between violent crime in any of these communities and the rate of police killings.

"While some have blamed 'black on black' crime for being responsible for police violence in our communities, data shows that high levels of violent crime in cities did not make it any more or less likely for police departments to kill people," the study found. "Rather, as investigations into some of the most violent police departments in America show, police violence reflects a lack of accountability in the culture, policies, and practices of the institutions of policing."

The number of police officers charged with murder or manslaughter for on-duty shootings has tripled this year -- which some experts attribute to the availability in video evidence to contradict police claims.

The Guardian also tracks police killings, which the newspaper has numbered at 1,101 so far this year.