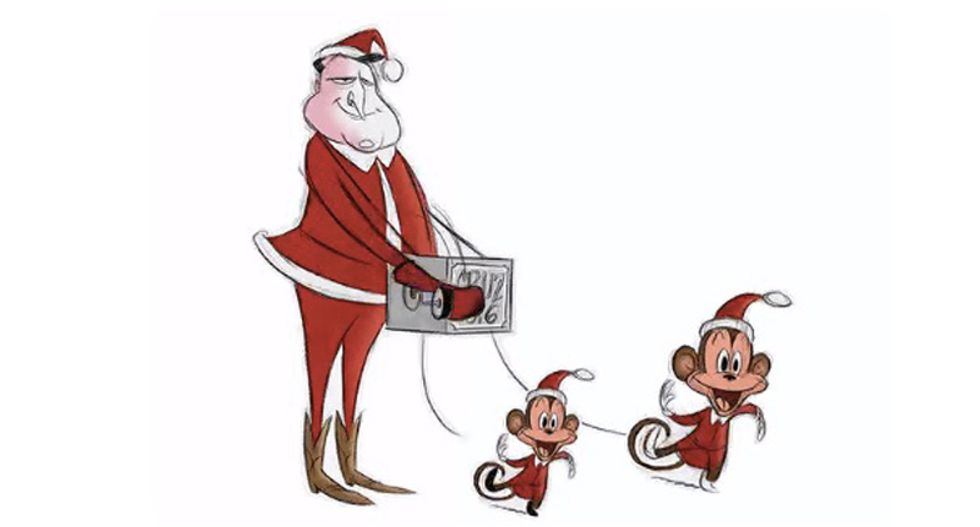 The animated cartoon by longtime Washington Post artist Ann Telnaes was online for several hours on Wednesday and was immediately the subject of ire by conservatives, with Cruz sarcastically tweeting "classy" at the paper for allowing it to be published.

"Classy," Carson tweeted. " @washingtonpost makes fun of my girls. Stick w/ attacking me--Caroline & Catherine are out of your league."

The cartoon by Telnaes was in response to an ad the candidate ran during the Democratic debate on Saturday, featuring a wholesome Cruz family reading Christmas stories critical of Democrats and front running candidate Hillary Clinton, In the ad, both of Cruz's daughter join in the mockery, which Telnaes claims made them "fair game."

Writing at the Post, Tenaes said, "There is an unspoken rule in editorial cartooning that a politician’s children are off-limits.”

"But when a politician uses his children as political props, as Ted Cruz recently did in his Christmas parody video in which his eldest daughter read (with her father’s dramatic flourish) a passage of an edited Christmas classic, then I figure they are fair game," she added.

Editorial page editor Fred Hiatt disagreed, writing that he never would have approved on the cartoon in the first place.

"It’s generally been the policy of our editorial section to leave children out of it. I failed to look at this cartoon before it was published," Hiatt said in a note at the link where the cartoon formerly resided. "I understand why Ann thought an exception to the policy was warranted in this case, but I do not agree."

Telanes had telegraphed earlier Tuesday morning that a cartoon featuring the Cruz kids would be forthcoming, tweeting: "Ted Cruz has put his children in a political ad- don't start screaming when editorial cartoonists draw them as well," and including a link to the Cruz commercial. 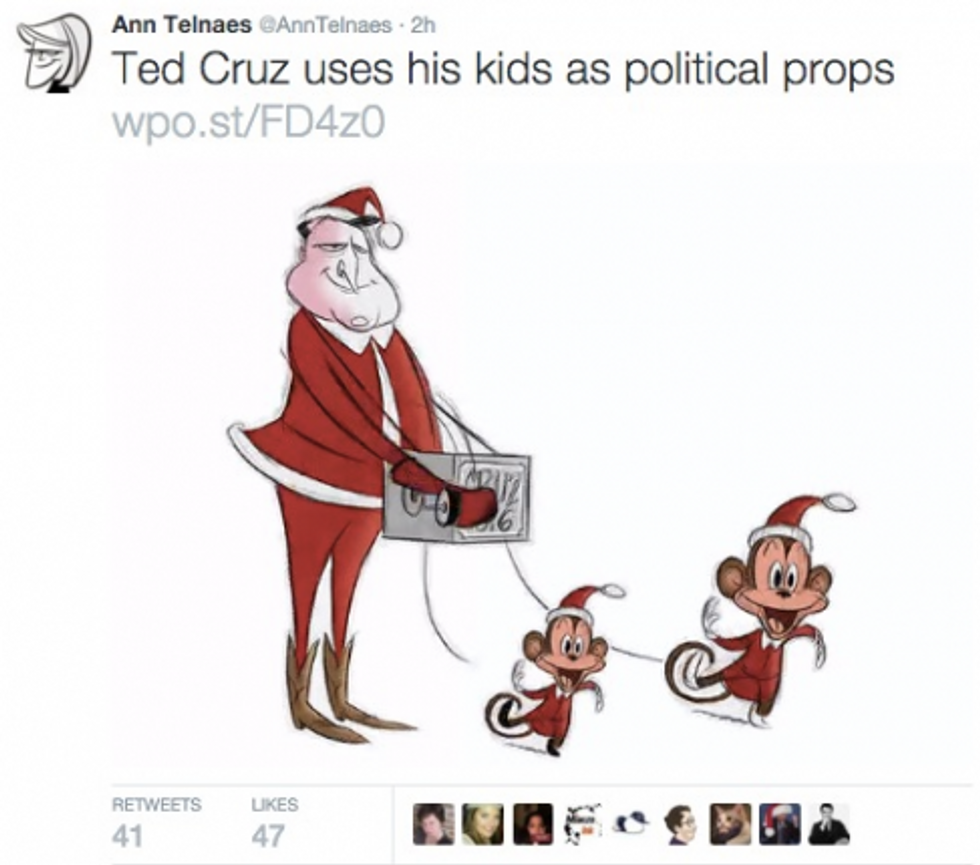