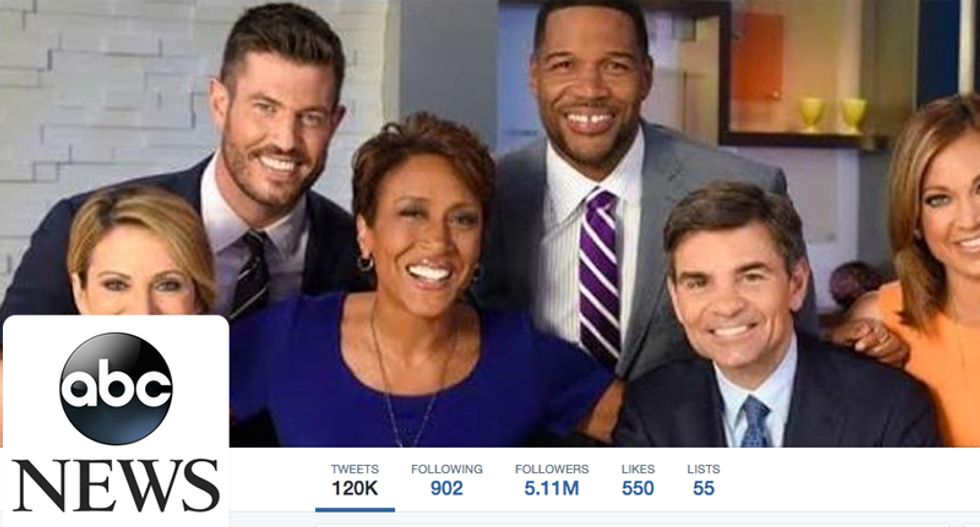 Saturday night, while good Americans were enjoying the blessings of liberty on the fruited plains of the best country God ever created that isn't named France or Spain or even Canada, this happened:

Militia members protesting a federal prison sentence for two Oregon ranchers convicted on charges of setting fire to federal land have occupied the headquarters of a national park.

The protesters include Nevada rancher Cliven Bundy’s son, Ammon, and two of his brothers. Also among them is Ryan Payne, who organized snipers to aim weapons at federal officers during the Bundy Ranch standoff last year.

They told OregonLive that they are accompanied by about 150 others and are hunkered down at Malheur National Wildlife Refuge headquarters. The group is described by reporter Les Zaitz as “hard core militia” who adopted the ranchers’ cause as their own.

“The facility has been the tool to do all the tyranny that has been placed upon the Hammonds,” Ammon Bundy told Zaitz in a phone interview from inside the headquarters. “We’re planning on staying here for years, absolutely. This is not a decision we’ve made at the last minute.”

He would not rule out the possibility of violence.

If that seems confusing, a shorter description would be: heavily armed militants took over a federal building and they are threatening to fight to the death because they don't recognize U.S. laws.

Here, let ABC explain it to you via Twitter:

Actual thing someone wrote to describe an armed uprising ... by white people[/caption]

Well now, that seems quaint and delightful and probably fun, doesn't it? I was so encouraged that I even applied for a job at ABC by showing off my spin chops: "Adorably rambunctious white dads hold campground sleepover and patriotic Constitution hijinks at national park."

While my agent waits to hear from ABC's people (I'm holding out for serious Stephanopolous-type money) here are some other people from Twitter who have some style suggestions for ABC's Weekend Twitter Master:

@ABC that's the most sugar coated headline I've ever seen...stop giving us white people headlines like that
— WillyWonky (@WillyWonky)1451797113.0

...and Whoops! .  It's back! Thank goodness we took a screencap of it for posterity. 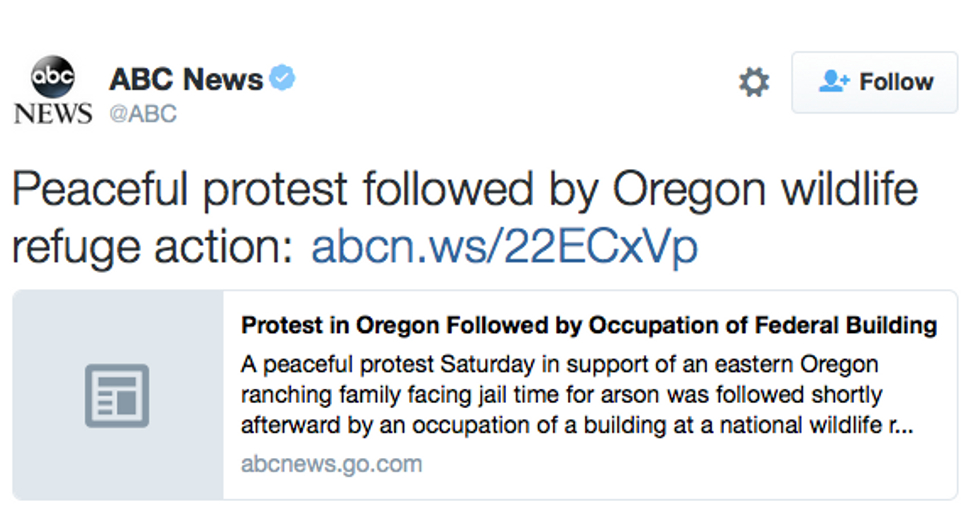 It belongs to the ages now.