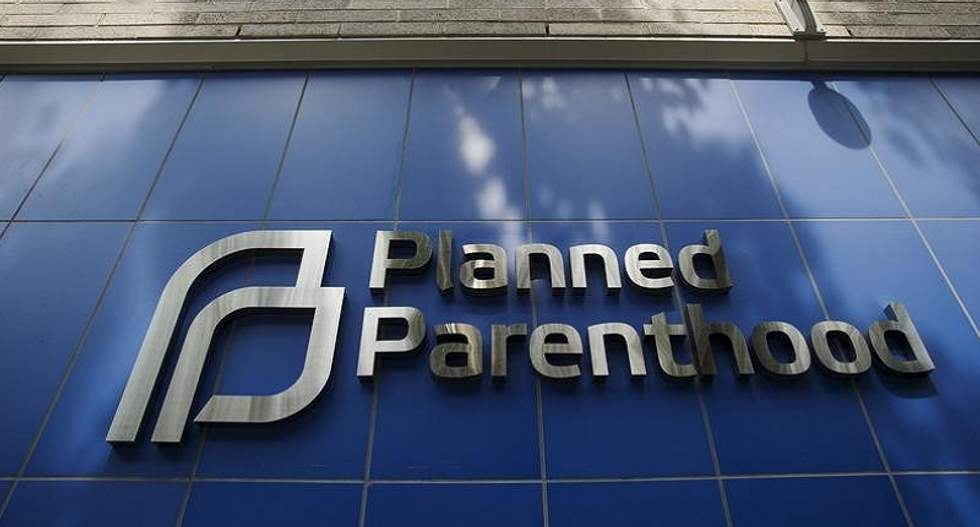 A sign is pictured at the entrance to a Planned Parenthood building in New York August 31, 2015. REUTERS/Lucas Jackson

Two people indicted by a Texas grand jury for presenting fake driver's licenses as part of a plan to secretly video tape Planned Parenthood will not have their cases presented again to a new grand jury, the prosecutor in the case said on Wednesday.

In a twist for the Texas Republican leaders who ordered an investigation and accused the women's health group of illegally trading in aborted fetal tissue, a grand jury cleared Planned Parenthood and indicted video makers David Daleiden and Sandra Merritt on Monday for tampering with a governmental record.

"The inconvenient truth of a criminal investigation is that it doesn't always lead where you want to go," Harris County District Attorney Devon Anderson said in a video message.

Planned Parenthood said on Tuesday that Daleiden and Merritt presented fake IDs in April 2015 and posed as research executives from a fictitious company to secretly film conversations at a health and administrative center in Houston.

Planned Parenthood has denied the allegation and sued federal court, arguing the people who recorded the videos acted illegally.

In response to the videos, Texas and other Republican-controlled states tried to halt funding for Planned Parenthood, with U.S. congressional Republicans also pushing for a funding cut.

At a news conference earlier on Wednesday, lawyers for Daleiden and Merritt called for a new grand jury, saying the one that handed out the indictments was out of control.

"I am not going to do that," said Anderson, a Republican who represents the county where Houston is located.

She added: "I believe abortion is wrong, but my personal belief does not relieve me of my obligation to follow the law."

Documents filed in Harris County court showed fake California driver's licenses for the pair when they were making the video. Lawyers for the two did not dispute the fake IDs.

The court papers said the pair unlawfully used a fake government record "with the intent to defraud or harm others."

They face up to 20 years in prison if convicted.

Terry Yates, an attorney for the two, said in Houston: "The grand jury has over reached, obviously a runaway grand jury would do that."