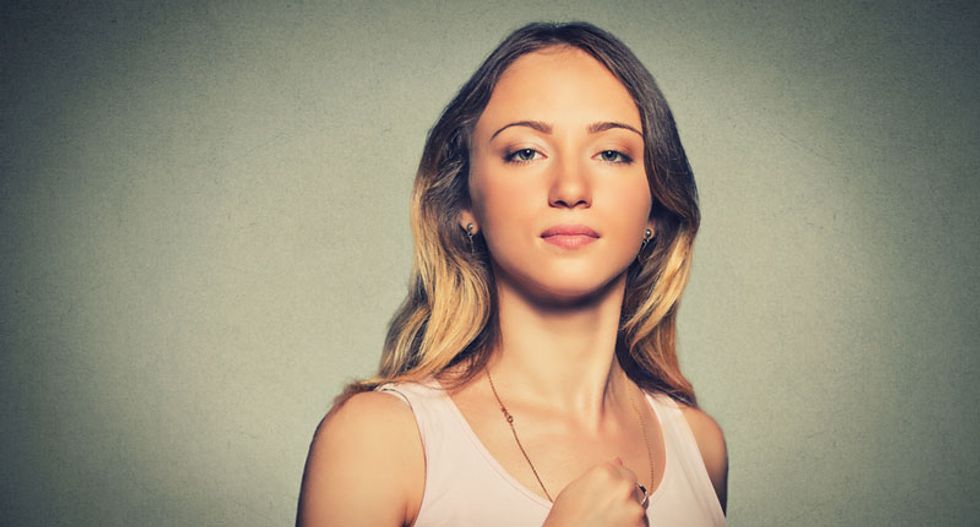 This week, two generations after the Supreme Court legalized abortion in the U.S., many women will be commemorating the 1973 Roe v. Wade decision by speaking openly, some for the first time, about their own abortions. While some live with regrets—as with any important life decision—most say explicitly that they do not.  More often they express gratitude that the ability to terminate an ill-conceived pregnancy allowed them to become educated and financially secure and to raise children they love with men they love:

“Because of my abortion ten years ago, we have the family that we want today – children that we are able to parent, provide for, spend time with and nurture to the best of our ability, with adequate resources.” –Leilani

“I am so grateful that I was able to finish business school, take an all-consuming job and have the time to fall in love and build a family when I was (at last) able to be wholehearted.” –Stephanie DeVaan

From a private breakfast in Pittsburgh to a Town Hall gathering in Seattle, to a day-long internet broadcast out of D.C., to teen ‘zines in Mississippi, people are gathering to break the longstanding taboo on discussing an abortion experience. Using online sign-ups to recruit hosts and guests, events as small as coffee shop conversations are being organized by Planned Parenthood, Advocates for Youth (the 1 in 3 Campaign), and#TogetherForAbortion–a joint effort of award winning playwright Karen Hartman and edgy Millennial feminists Amelia Bonow and Lindy West.

In October, frustrated by a Catholic-led smear campaign against Planned Parenthood, Bonow wrote a Facebook post about her own abortion. West added the hashtag #ShoutYourAbortion and tweeted it, and the combo went viral, receiving international attention including media stories and hundreds of thousands of follow-on tweets.

“A shout is the opposite of silence,” says West.

In a recent op ed at the Huffington Post, Bonow talks about why the unexpected response led her to take leave from graduate school to work full time on stigma busting:

Although abortion has been a common, legal medical procedure for 43 years, our opponents have leveraged our fear in order to snuff out our voices. We have never owned our own stories. This is how they have gotten away with calling one in three American women murderers. . . . We cannot fight for legislative progress while ignoring the cultural toxicity of silence and shame.

Many advocates for reproductive rights and justice believe that the most powerful way to defend abortion access is for women to defy the current culture of “compulsory silence,”trading abstract political discourse for personal disclosure. Last fall, the 1-in-3 Campaign(so named because 1 in 3 American women has had an abortion by age 45) premiered a play, Out Of Silence, modeled on the Vagina Monologues. The play adapts stories posted by women at the 1-in-3 website and imbeds them within in a fictional narrative arc and has been performed on college campuses across the country.

Advocates for women are hoping that personal stories will influence a March Supreme Court case about Texas restrictions that, if sustained, will make abortion access virtually inaccessible for most women in the state. This month, the Center for Reproductive Rights submitted an extraordinary amicus brief containing stories from 113 female attorneys. The brief aims to persuade the court that abortion access allows women “to fully participate in the economic and social life of the country.”  It opens with a quote from one of the contributors, “To the world, I am an attorney who had an abortion, and, to myself, I am an attorney because I had an abortion.”

The women listed who contributed to the brief hope to persuade the court that family planning, including abortion, allows women to pursue education and careers and to fully participate in America’s economy, a claim backed up by research and statistics. Less than half of women who give birth before graduating high school graduate and less than two percent will complete a college degree. Collectively their lost income is estimated to cost the U.S. economy $154 Billion.  A recent UCFS study shows that women denied abortions are more likely to be living in poverty three years later.

But if abortion foes are hoping the new wave of storytelling will reinforce the stereotype of abortion seekers as cold-hearted strivers who dislike children and eschew marriage, they will be sorely disappointed. The vast majority of stories gathered by 1-in-3 and #ShoutYourAbortion were written or recorded by mothers and grandmothers and young women who aspire to motherhood—women who, regardless of whether they have pursued demanding careers or worked 9 to 5 or stayed at home– love their children and care deeply about being a good mom in partnership with a man who can be a good dad. Most cite their values about parenthood or loyalty to their existing children as a factor in their decision to end a pregnancy and wait.

“I had just had a baby and was breastfeeding, and knew there was no way in hell I could support another child at the time.” – Brigid F.

“When my son was born I could give him the stable, loving home every child should have . . . I’m very grateful that I didn’t have to carve out the single-mom life, for which I was categorically unfit, and that at the age of 66 I can look back on my life with a feeling of personal accomplishment. I’m also grateful that when I did have a child I was able to give him a good start on his own life.” –Cathy

“I’m not choosing not to have a child, I’m just choosing to do so at a better time.”–Anna

Even those who don’t want children of their own often express devotion to other children in their lives. I don’t mean to suggest that motherhood is somehow superior to the alternatives. There are many ways to live and love well, and some women see themselves as unfit for motherhood, or simply don’t prefer it, or are wholly devoted to other dreams.  But if there is one thing we learned from the marriage equality fight it is this:  to the extent that negative stereotypes fail to reflect the more complex and tender and loving reality of people’s lives, story sharing has the power to transform society.

It doesn’t have to start big. Last fall, as #ShoutYourAbortion erupted, two better known peers of Bonow and West—Jenni Konner and Lena Dunham—launched their own hashtag, #AskYourMother. If you have a mother, a grandmother and an aunt, most likely one of them had an abortion. Have you asked? Carrying secrets takes energy, and for a woman who doesn’t talk about her abortion, the question may be an enormous gift, a chance to find out that secrecy isn’t a precondition of your respect or affection. Your ability to see her wisdom, courage and humanity in hard times may help her to see herself.

If the wall of shame and stigma ruptures, abortion foes may find themselves up against something even more powerful. Love.