Atlanta police stop and put gun to head of rapper after he withdraws $200,000 from his bank 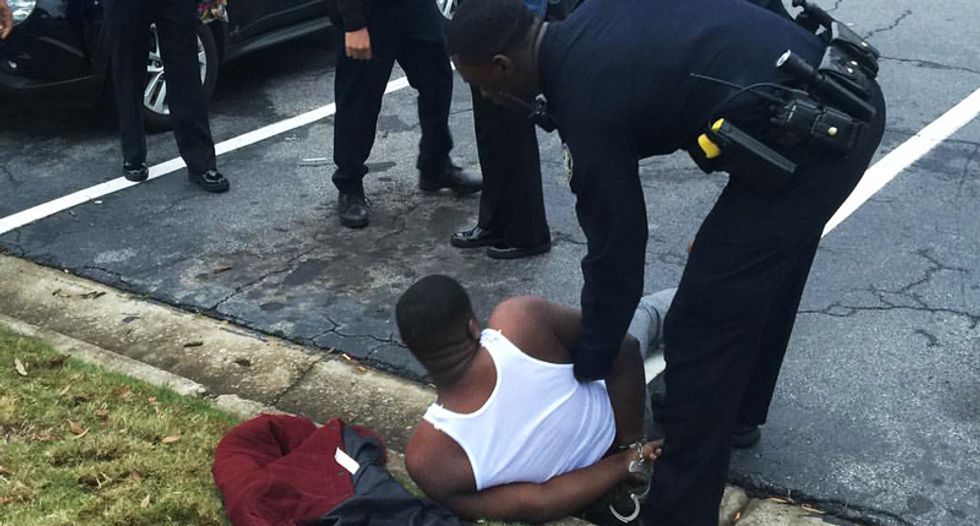 A rapper exiting an Atlanta bank, found himself in handcuffs and on the ground with guns pointed at his head after police stopped him for making a substantial withdrawal from his account, the Atlanta Journal-Constitution is reporting.

According to Sam Benson -- who goes by the stage name of "Blac Youngsta" -- he had just exited a Wells Fargo branch in the upscale community of Buckhead after withdrawing $200,000 in order to buy a new car.

"I come out the bank, I see the police, I’m walking to my car, I see one of them point to my bag like ‘him,’” explained the rapper. “They come bum-rushing me at the car, put me on the ground, putting guns to my head.”

Benson was signed last year to the Collective Music Group label founded by rapper Yo Gotti.

A spokesperson for the Atlanta police department explained that they were responding to a call "at the request of the bank manager” before finding “that no crime had been committed.”

According to the rapper, he intended on using the money to buy a new Mercedes, stating, “Where I come from,we don’t believe in taking checks to the car lot. We take cash money.”

On Facebook, Benson posted a picture of himself in handcuffs and on the ground -- surrounded by laughing police officers. See below:

LOOK AT HOW THEY TREAT A YOUNG RICH NIGGA #CMG

Update, Jan. 11, 10:56 p.m. EST: The Atlanta Journal-Constitution reported that Wells Fargo refuted Benson's story, saying that not only does he not have an account with the bank, but that he was not even inside the building or making any transaction before his encounter with the officers.