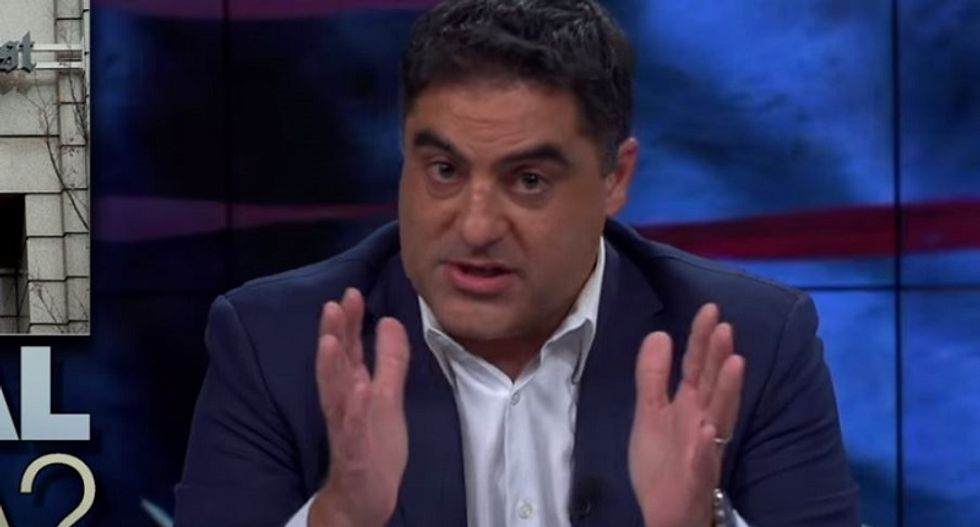 The Young Turks host Cenk Uygur unleashed fury on the Washington Post over an editorial that accused Vermont Sen. Bernie Sanders (I-VT) of "selling his own brand of fiction to a slice of the country that eagerly wants to buy it.”

While the Post piece accused Sanders of telling a populist story to win voters, Uygur angrily pointed out that Sanders is the real deal, and he has 40 years of consistent legislative action to prove it.

“His record has been enormously consistent,” Uygur answers back, “Everybody is so sick of the fakeness. The fakeness that you guys and the mainstream media represents.”

He then accused the Post of being the "establishment" and pointed out that many media outlets are owned by big corporations.

"Corporations are gigantic and enormously rich and powerful," he said. "You think they want change? What would we change? We'd change them! They don't want that change."

“People are telling us, whether it’s the Washington Post editorial board or anybody else, our ideas are too ambitious — can’t happen,” Sanders responded Thursday. “Too bold — really? Well, here’s something which is really bold. In the last 30 years, there has been a massive transfer of wealth from the middle class and working families of this country. The middle class has become poorer and trillions of dollars have been transferred to the top one-tenth of 1 percent… Where was The Washington Post to express concern that the middle class was shrinking?”

Uygur said the idea that the media is liberal is propaganda.

"There is no liberal media," he said. "Is the mainstream media, wholly corporate-owned, obsessed with profits, soaking in the money that they get from all of the politicians -- where do you think all the money goes? It goes to TV ads, it goes to newspaper ads, it goes to radio ads -- they're bathing in the corruption!"

He added the mainstream media are the "protectors of the establishment."

Uygur then echoed Sanders in criticizing the media for its silence when Republicans were pushing "trickle down economics" and other economic structures that helped gut the middle class.