Chris Christie dismisses low poll numbers following storm: 'When the chips are down, I deliver' 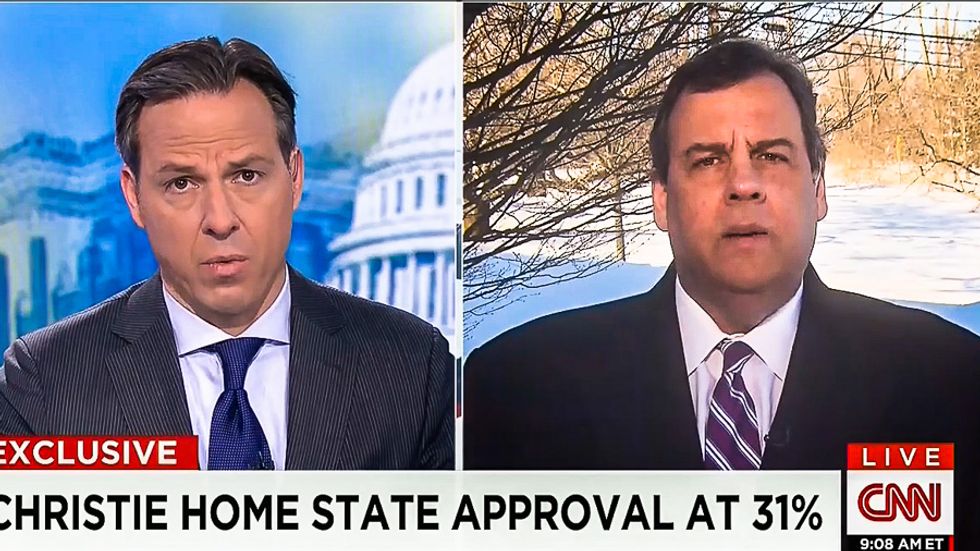 New Jersey Gov. Chris Christie (R) shrugged off polls that showed people of his state disapproved of the job he was doing, and promised to deliver for residents "when the chips are down."

On Sunday, Christie explained to CNN's Jake Tapper that he had paused his presidential campaign so he could return to New Jersey during an historic winter storm.

But Tapper pointed out that residents of New Jersey were not necessarily happy to have him back.

"Your approval rating right now among New Jerseyans is at an all-time low," Tapper noted. "Only 31 percent of New Jerseyans support you. Why should Americans elect you when the people in your state do not think you are doing a particularly good job?"

"That -- that approval rating has gone down once I started to run for president," Christie replied. "And it should be no shock. You know, the fact is when you start looking for another job, you're current employer gets a little miffed and that's what's gone on here in New Jersey."

Christie insisted, however, that the people of New Jersey would change their minds because of the "strong, effective leadership" he provided during the storm.

Although Christie had been initially praised for his handling of Superstorm Sandy in 2012, many residents were still complaining three years later that they had not received the aid he promised.