Chris Matthews rips National Review 'war hawks': You hate Trump because he was against that 'stupid war' 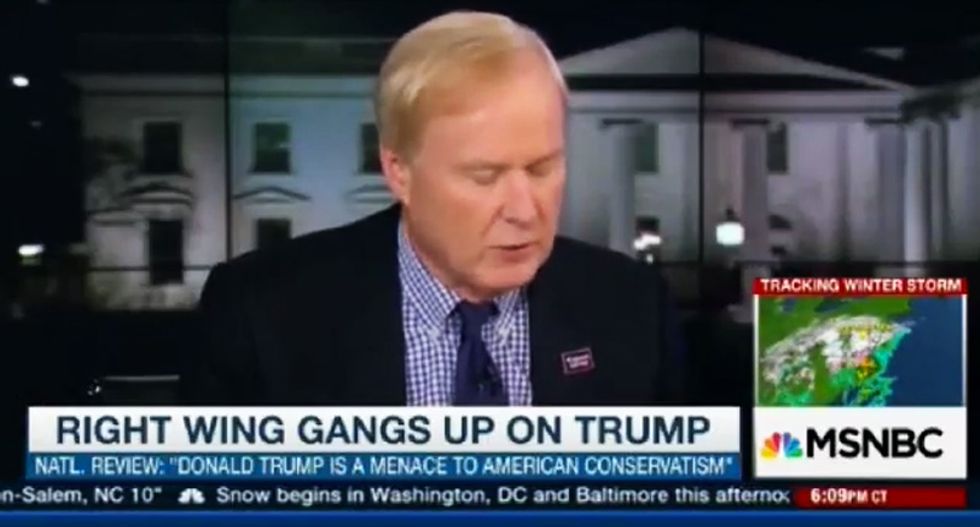 Hardball host Chris Matthews jumped all over a National Review editor Friday night, saying the writers who contributed to their anti-Donald Trump special edition hate the billionaire because he was against the Iraq war that they all supported.

The MSNBC host badgered National Review‘s Eliana Johnson to name one person who contributed to the anti-Trump manifesto who opposed the war, saying the contributors across the board supported the invasion of Iraq while Trump didn't.

Matthews focused on Weekly Standard editor Bill Kristol -- a supporter of the invasion of Iraq before 9/11 -- but said all of writers "warhawks” and “that’s why they don’t like Trump, because he’s the only guy on the right wing who said it’s a stupid war.”

“Can you answer me? Which is not a hawk in that group?” Matthews asked Johnson, who replied "Many of those guys say it was a mistake," while noting those comments were made after the war went badly.

"Name one. Start with one name," Matthews asked.

"A lot of them,. Erick Erickson said in retrospect it the Iraq war was a mistake," Johnson replied, only to be cut off by Matthews who stated, "He said it was the follow-up that was the mistake."